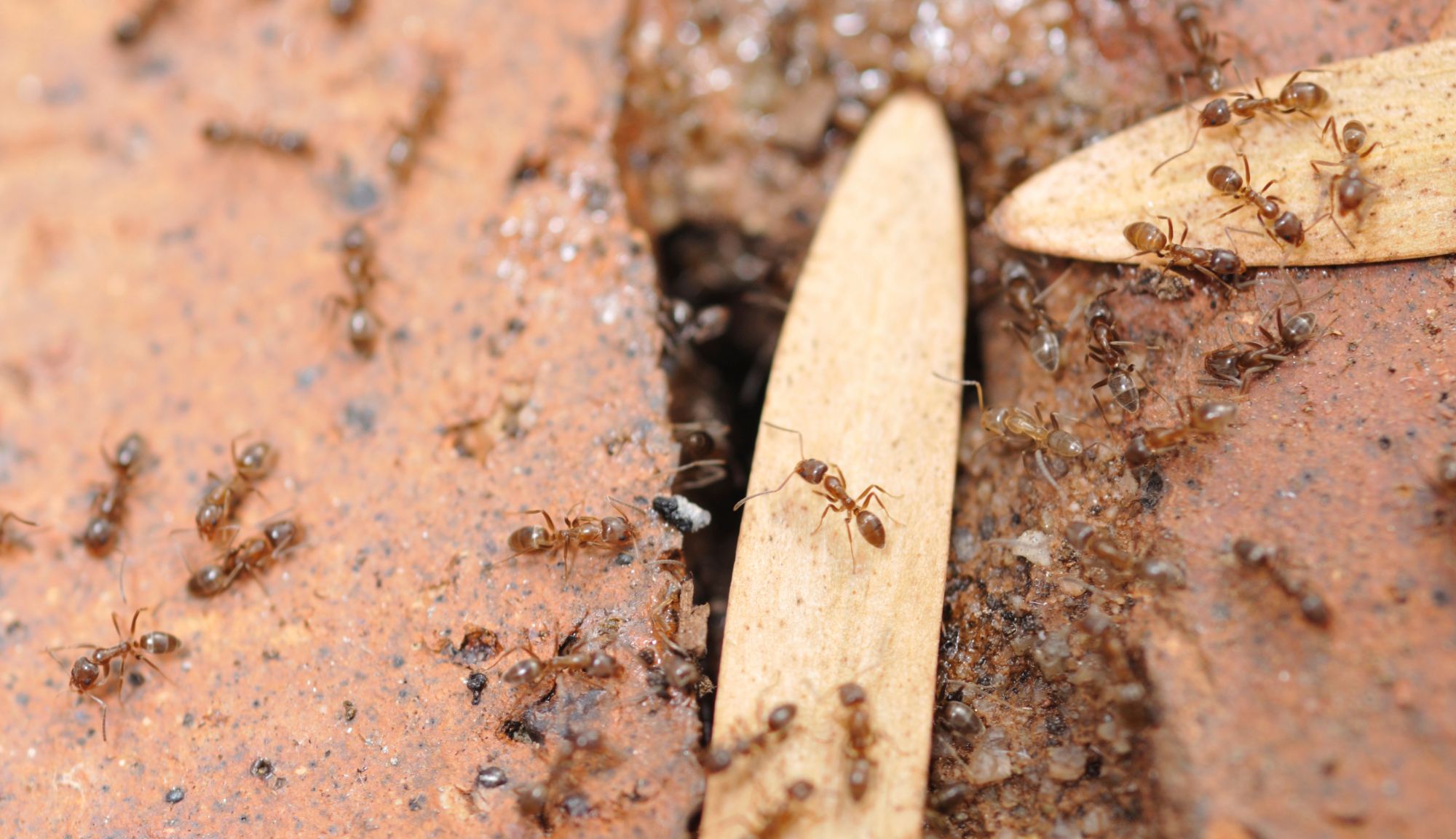 Researchers have determined that at any given time there are a staggering 10 quadrillion (translation: 1,000,000,000,000,000) ants alive and well and roaming the face of the earth. Many people might find this number hard to believe, but those who have dealt with an Argentine ant invasion probably think the number is grossly understated. Infamous for their super-sized colonies, Argentine ants are prolific breeders and even worse, they are aggressive. They relentlessly assail other ant species and use their sheer numbers, often joining forces with other Argentine ant colonies, to conquer and destroy weaker enemy ant colonies.

Argentine ant colonies are hard to miss due to their massive size. Individually, however, Argentine ants are only 2-3mm long, wingless, and range in color from light to dark brown. Males and queens are slightly larger and darker. The Argentine ant can be distinguished from other ant species by the following characteristics:

Argentine ants have made themselves at home in 15 countries, spanning six continents. These pesky invaders even managed to set up shop on islands, including Hawaii. Unfortunately for ant loathers, Argentine ants have adapted extremely well to urbanized areas in the southern United States, especially in California. They nest in a wide variety of places, both moist and dry. They can be found living in soil, underneath wood, debris or mulch and in cavities at the base of shrubs and trees.

Argentine ant colonies often contain hundreds of queens. This species of ants does not establish new nests through swarming. New nests are, instead, constructed around the original, and remain connected to the queen’s old colony. These networks of interconnecting highways can quickly expand to form massive colonies. Each colony of Argentine ants can contain millions of insects, multiple queens, and can populate entire city blocks.

Argentine ants travel between their highway of nests and food sources in wide trails with “lanes” that are three to five ants across. The worker Argentine ants prefer sweet foods such as syrup, fruit juices or plant secretions. They keep aphids in the colony because they love feasting on the tiny bugs’ sugary secretions. In fact, the ants enjoy it so much that they bite off the aphids wings to prevent them from leaving the colony. 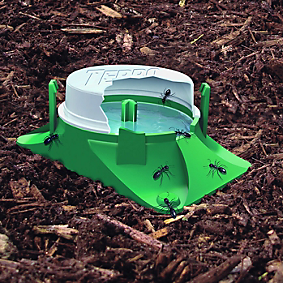 The most reliable way to eliminate an entire colony of Argentine ants is to use liquid ant baits. TERRO® liquid ant bait products provide fast-acting elimination of the colony. Once foraging worker ants find the ant bait, they will go back and share it with the rest of the nest. TERRO® offers ready-to-use indoor and outdoor versions of Liquid Ant Killer Baits.

If liquid baiting doesn't seem to be attracting the Argentine ants in and around your home, try treating the problem areas with a contact killer. TERRO® Ant Killer Spray provides instant knockdown and long-lasting residual repellency for up to 6 weeks. With this line of defense, you can treat the ant nests and surrounding areas directly, as well as the places where ants enter your home, like windows and doorways.

To keep Argentine ants out of the house, try TERRO® Outdoor Ant Killer Plus granules as a perimeter treatment. This powerful ant killer kills Argentine ants on contact and provides long-lasting residual repellency.

Do Your Own Pest Control