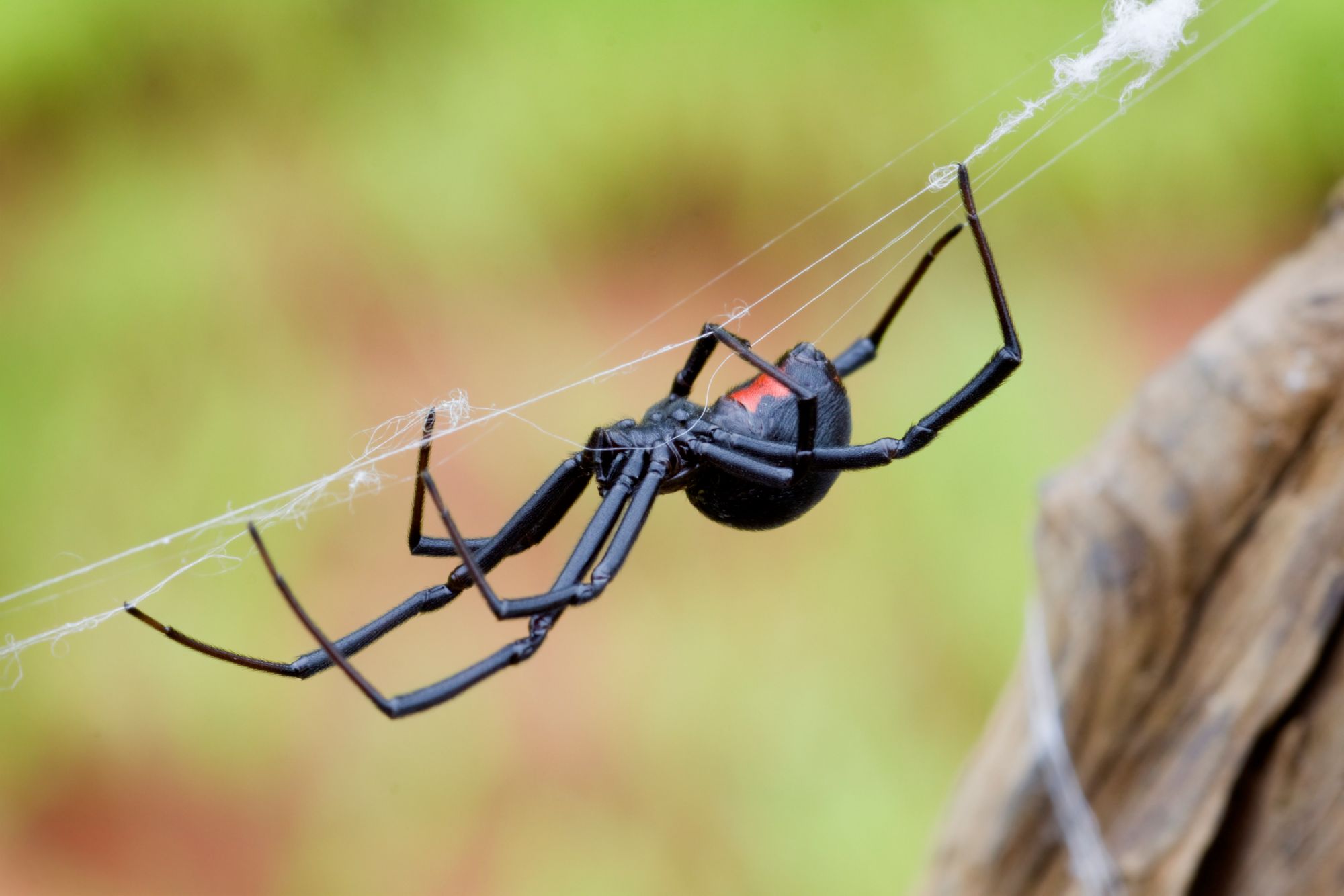 Black widow spiders are greatly feared by many, and perhaps rightly so; they are considered the most venomous spider in North America. The black widow’s other nightmarish claim to fame is the macabre tendency of the female spiders to eat their male suitors after mating. Indeed, this courtship ritual is the reason why these spiders were given the name “black widow.”

Black widow spiders are easily recognizable. They have plump, shiny black abdomens that bear an hourglass-shaped red, red-orange or yellow mark. Black widows weave erratic sticky webs that lack any shape or form. Their silk is stronger than virtually all other spiders. Other distinguishing features of the black widow spider include: 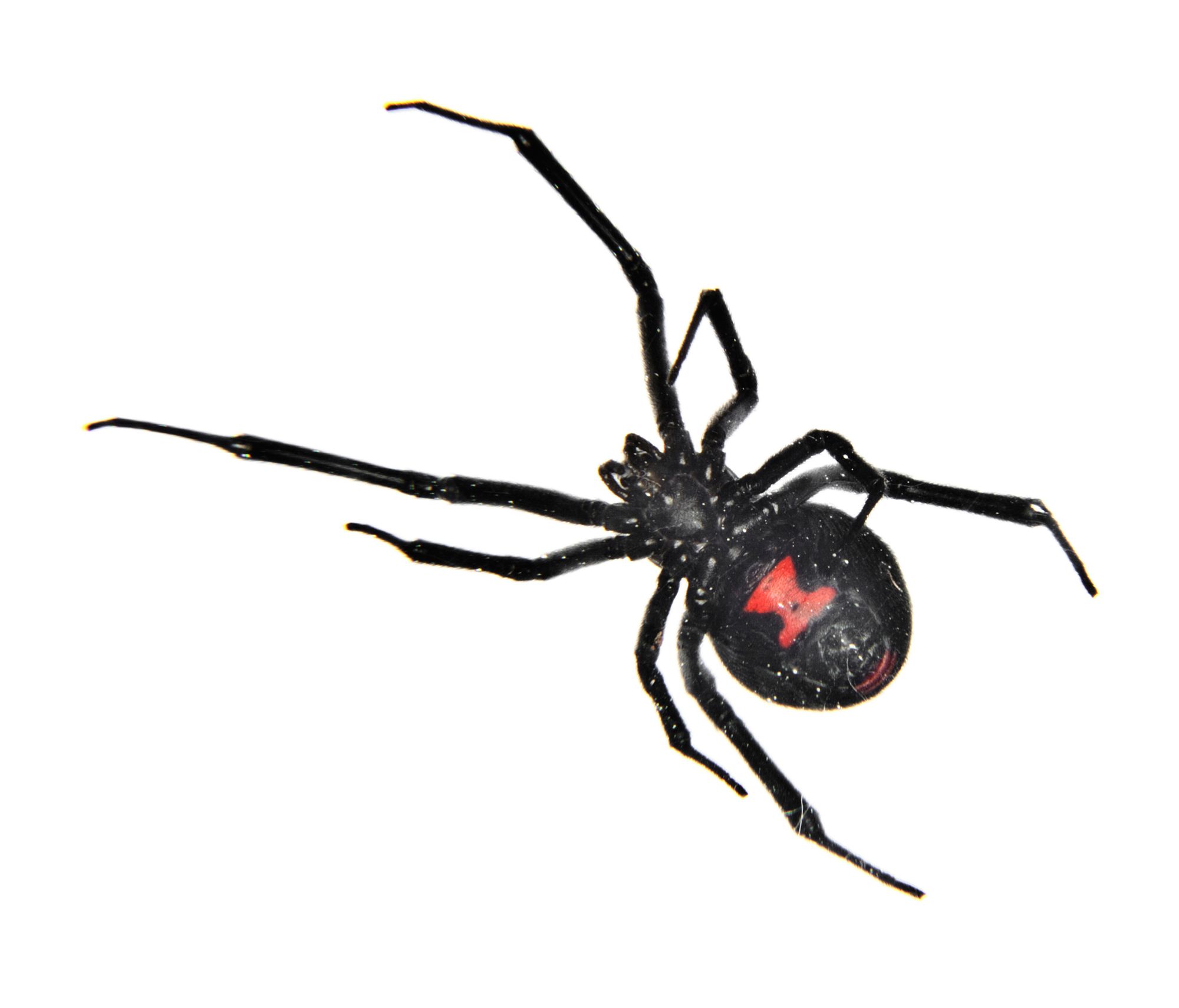 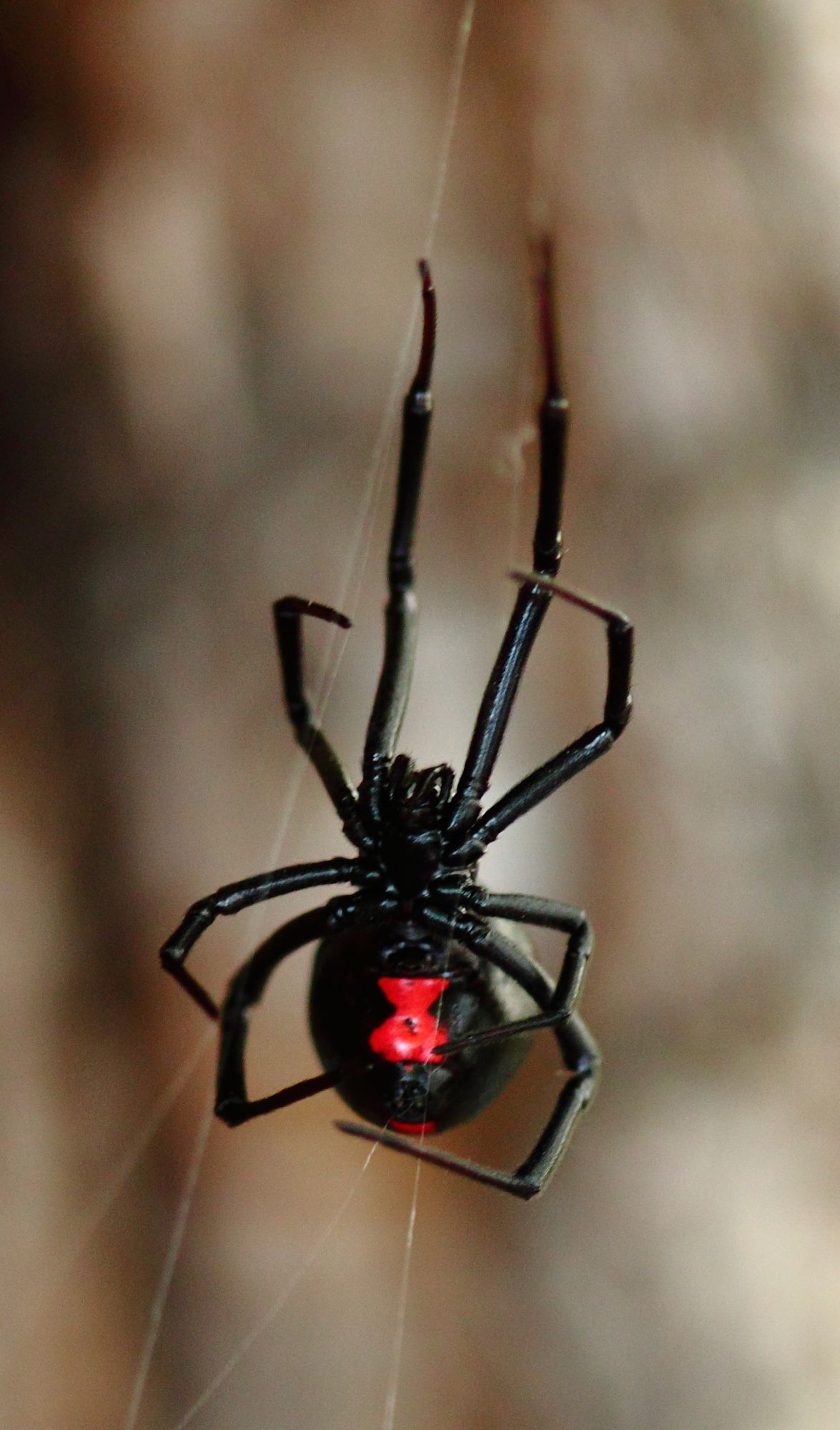 Black widow spiders feed on the prey that have the bad luck to get caught in their strong, silken webs. Besides eating other arachnids, black widows enjoy a varied diet of insects including mosquitoes, ants, flies, beetles, scorpions, grasshoppers and caterpillars. After ensnaring their prey, black widow spiders use their hind comb feet to wrap their victims in silk before injecting them with digestive enzymes that liquefy the corpses. The spider then sucks up the resulting fluids.

Considered the most venomous spider in the United States, the venom of a female black widow spider is 15 times as toxic as the venom of a rattlesnake. Fortunately, black widows only bite when disturbed, and contrary to popular belief, most victims do not sustain serious harm. Though rare, their bites can be fatal, with young children, the elderly and infirm at highest risk. If you suspect a black widow bite, get medical help as soon as possible.

The black widow’s venom is neurotoxic, meaning it directly affects the nervous system. Telltale signs of a black widow bite include:

Pain from a black widow spider bite will usually persist for the first 8-12 hours, though symptoms may continue for several days. 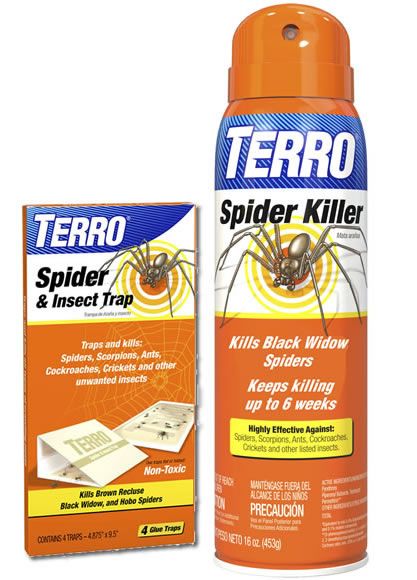 Considering the fact that black widow spiders are one of the most dangerous spiders in the United States, you’ll want to protect yourself from these creepy (and potentially deadly) crawlers by fortifying both the inside and the outside of your home.

Indoors, place TERRO® Spider and Insect Traps in high spider traffic areas: along baseboards and foundation cracks, behind doors, and near windowsills and other arachnid-friendly hangouts. When a black widow spider wanders onto the trap’s sticky surface, it will get stuck and die.

Next, you’ll want to head outdoors with a can of TERRO® Spider Killer Spray in hand, spraying areas where black widows like to hang out, such as woodpiles, heaps of dead leaves, garages or anywhere debris builds up. The spray not only works to kill spiders instantly, but it also provides residual control for weeks. So go to town and create a barrier around your house, reducing the likelihood of a dangerous and unwanted guest coming in.