They show up uninvited to your backyard picnic. They buzz under the eaves of your garage. They swarm around the outdoor pavilion at your local park. Mud wasps can be a real “buzz kill.”

But not to fear: mud wasps or mud dauber wasps, are unlike some of their feisty, stinger-happy relatives. The ‘lone wolf’ of the wasp species, mud wasps build nests on their own without the support of a colony and sting only to hunt down their prey.

Named for their ability to construct nests out of mud, the mud wasp family includes a number of subspecies, each identified by their colors (from black to blue to yellow) and unique nest formations. 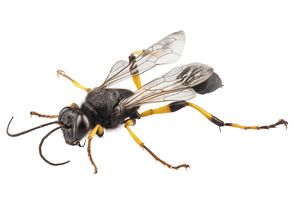 But all mud wasps share a few things in common, such as:

Nest architecture varies by species. For instance, the nest of the black-and-yellow mud dauber is a ball of cylindrical segments about the size of a lemon. The organ pipe mud dauber, a wasp with blue and black wings, builds an organ-like nest made of vertical, parallel columns of cells. The ultimate ‘upcycler,’ the blue mud dauber carries water (instead of mud) to loosen and reshape the mud of older nests. 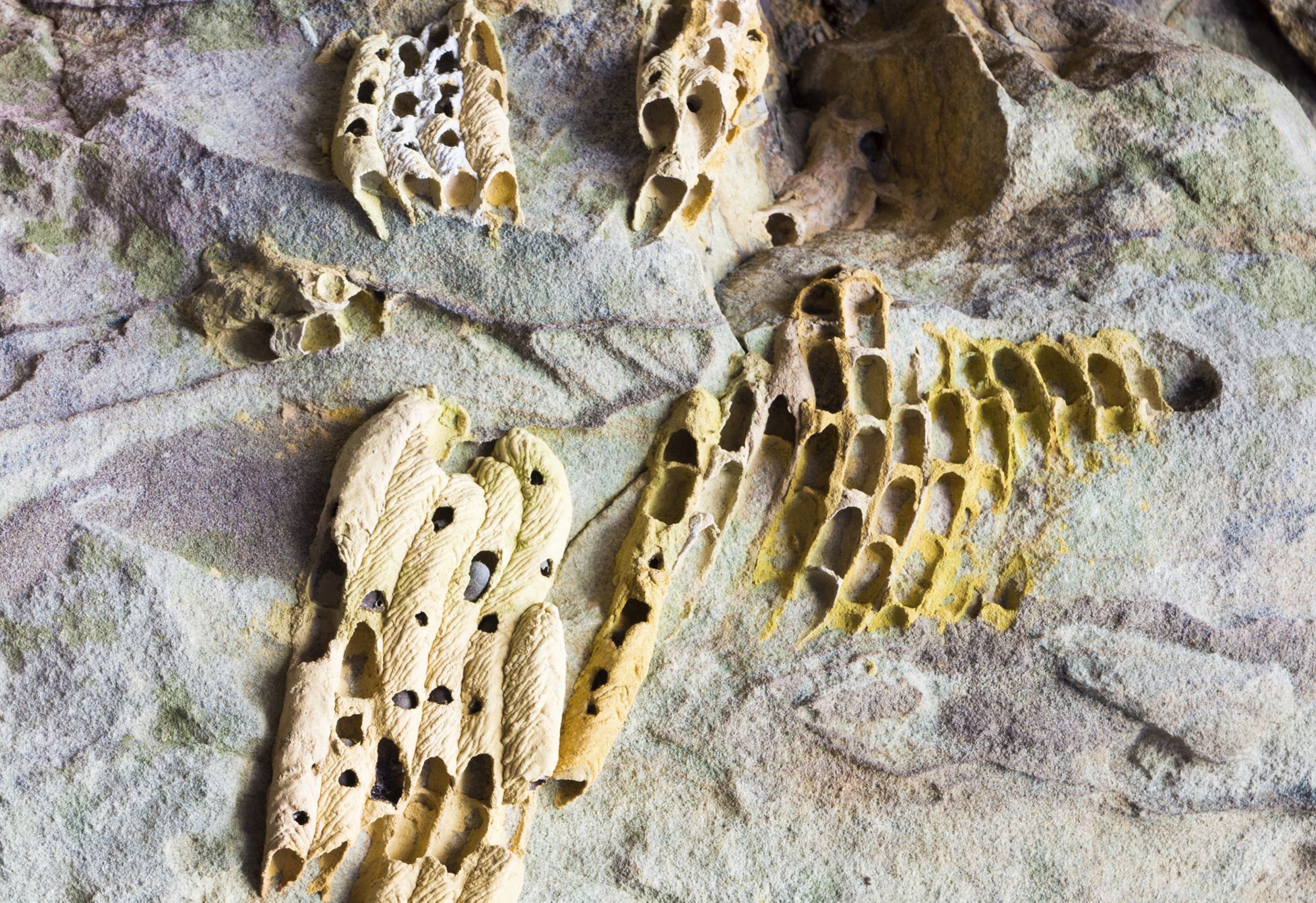 As master architects, mud wasps construct elaborate nests using wet mud in their habitat. Carrying a ball of wet mud back to the nest site in her mandibles, the female mud wasp delicately crafts cells made to hold her eggs and prey for nourishment. The process may seem tedious, but it takes the female wasp only an hour to build one cell!

From Canada to Mexico, mud wasps are found throughout North America.

Once the nest is complete, the female mud wasp prepares the nest for her eggs while the male holds down the fort to ward off intruders and parasites. While out on the prowl, the female paralyzes a spider with her sting and carries her prey back to the nest cell, depositing a single egg on top of the spider before sealing off the cell with mud. She then abandons the cell - her work is done. When they hatch, the larvae will feed on the spider and leave the nest as they reach adulthood.

Spiders. That’s what’s every mud wasp is after! But as omnivores, these pests also have preferences for Goldenrod, Bull Thistle and Black-eyed Susans. 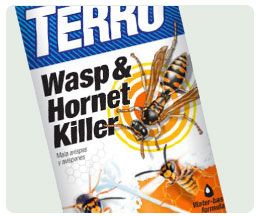 Unlike yellow jackets and hornets, mud wasps are solitary creatures and will rarely sting when provoked. But many still find it disconcerting to have a wasp nest hanging above a doorway - and we can’t blame you! When making a plan for how to control mud wasps, consider two tools:

Mud wasps feed on spiders, so in tackling your spider infestation you’ll also be working to eliminate unwanted wasps. TERRO® Spider Killer Spray is a simple and effective treatment you can spray on all non-food surfaces, in cracks and crevices, around doors and under cabinets.

Next, take control of the wasp nest with TERRO® Wasp & Hornet Killer Spray. With a powerful jet spray nozzle, the spray reaches up to 20 feet to coat the nest for a complete kill.