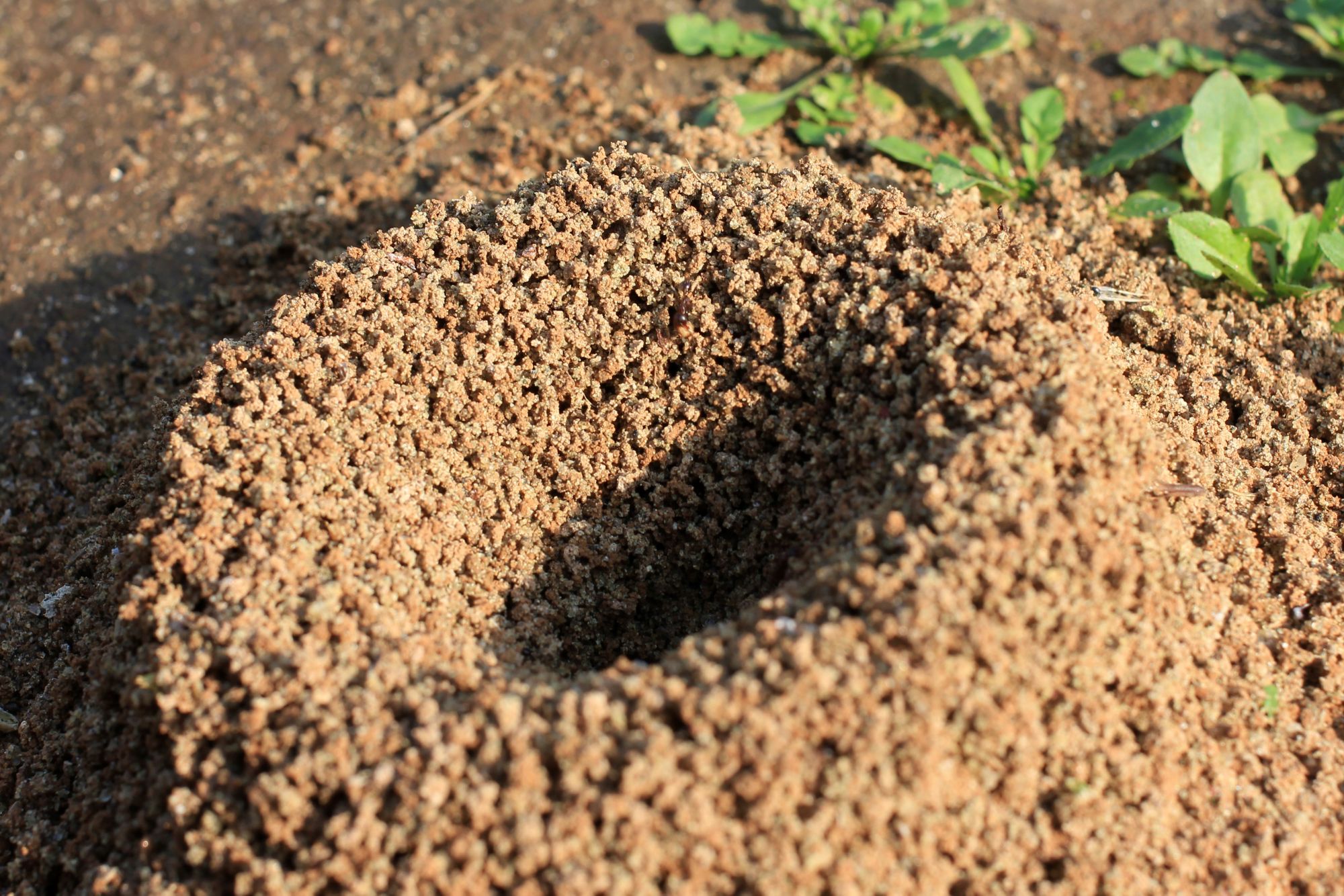 Pavement ants are one of the most common species in the U.S. So common, in fact, they are often not viewed as much of a nuisance…until they decide to invade your outdoor picnic. Pavement ants earned their name due to their tendency to burrow under sidewalks, driveways and building slabs, piling the resulting dirt in mounds on top of the pavement.

An introduced, soil-nesting species of ants, it is widely believed that pavement ants were transported to the U.S. in the holds of European merchant vessels during the 1700s to 1800s. The ships were filled with soil to provide weight on the overseas voyage. Once in port, the soil (along with the uninvited and unwelcome ants) was removed, and replaced with goods to carry back across the Atlantic.

The pavement ant is about 1/8–1/16-inch long. They range in color from brown to black with paler legs and antennae. Despite their differences, however, these are the distinguishing characteristics of the pavement ant:

Pavement ants nest outdoors under stones, along curbs or in cracks of pavement. They also nest indoors in walls and under floors. Pavement ants are a familiar sight during the summer months. They can be seen trailing along sidewalks, driveways, patios and cracks in foundation walls. Sometimes they can be seen carrying soil or excavated debris, food or eggs from one colony to another.

A colony of pavement ants will have multiple queens and numerous workers. A new colony is established when a queen lays eggs. As these eggs develop, worker ants will transfer the eggs and young from one colony to the next to avoid moisture and temperature changes. 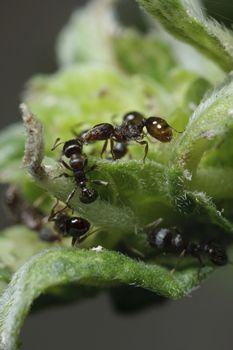 Pavement ants are found throughout the United States. They are major pests throughout the Atlantic coastal region, in the Midwest and the West Coast. These ants can also be found in the south to the Mid-Atlantic States.

Pavement ants invade buildings while foraging for food. Pavement ants will eat almost anything, including honeydew from aphids, nectar, fruits, seeds and insects. They will eat most household foods, including meats, grease, bread, cheese and ice cream. Pavement worker ants can become a nuisance when large groups infest a kitchen or garden patio. 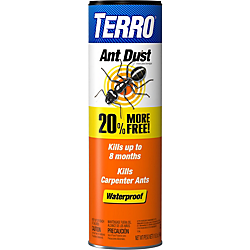 Ant baits and ant dust are both excellent options for controlling pavement ants. Look for pavement ant colonies around the foundations of your home. Also check around logs or large rocks. Inside, look around baseboards, along carpet edges and under sinks. Treat areas where ants are observed.

For long-term control, choose a slow acting bait product such as TERRO® Outdoor Liquid Ant Bait Stakes. As worker ants forage for food and water, they are immediately attracted to the sweet liquid ant bait housed in the bait stakes. As the ants consume the bait, it begins to deliver a toxic reaction to the ants’ digestive system which ultimately kills them. However, the ant bait works slowly enough to give the worker ants enough time to return to the nest and share the deadly bait with the queen and the rest of the colony.

TERRO® Ant Dust is ideal for crack and crevice treatments, as well as application directly to pavement ant mounds. The waterproof dust won’t wash away in the rain and will remain effective up to eight months. Ant Dust can be used both indoors and outdoors.