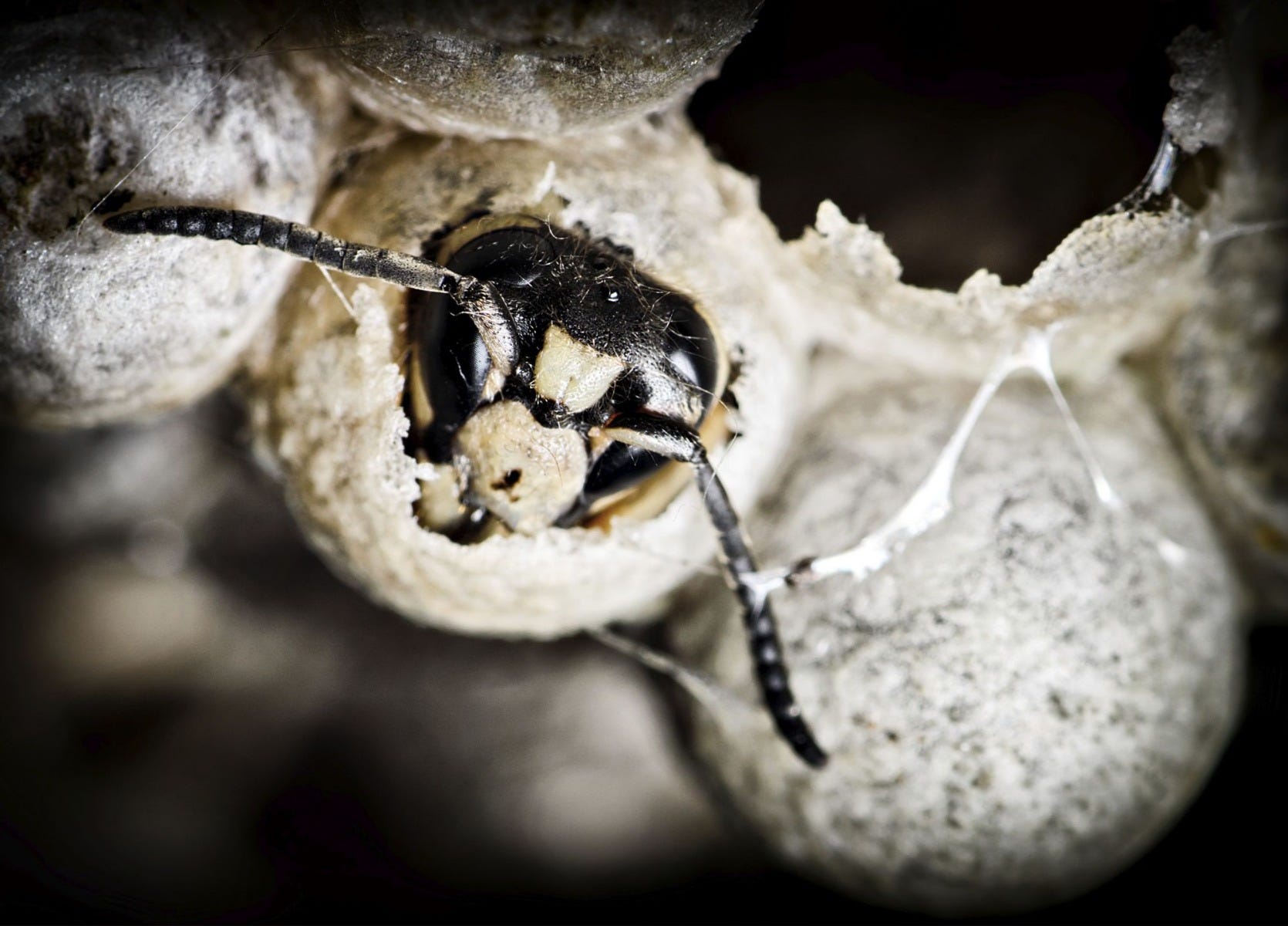 Contrary to its name, bald-faced hornets are in fact wasps, not hornets, and go by many names: white-tailed hornet, yellow jacket or bull wasp. But if you’re better with faces, you can remember the bald-faced hornet by the distinctive white markings covering its face and body. This pest is highly territorial of its nest and will sting repeatedly if provoked.

Many times the nest type is the best indicator of a wasp species. By using their saliva to wet fiber materials, the bald-faced hornet creates a pulp-like paste to hold together its nest - you might say, nature’s version of paper mache!

These egg-shaped nests are normally grey in color and can typically be found under the eaves of building and in trees. They’re hard to miss, too. Some nests are as large as 14 inches by 23 inches, which is about the size of a basketball. 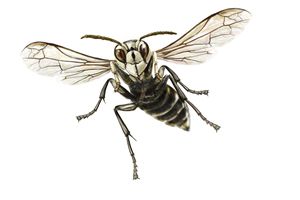 Characteristics of the bald-faced hornet:

The bald-faced hornet habitat is found in forests and urban areas with vegetation. This species commonly nests in trees, bushes, rock overhangs and under the eaves in residences. 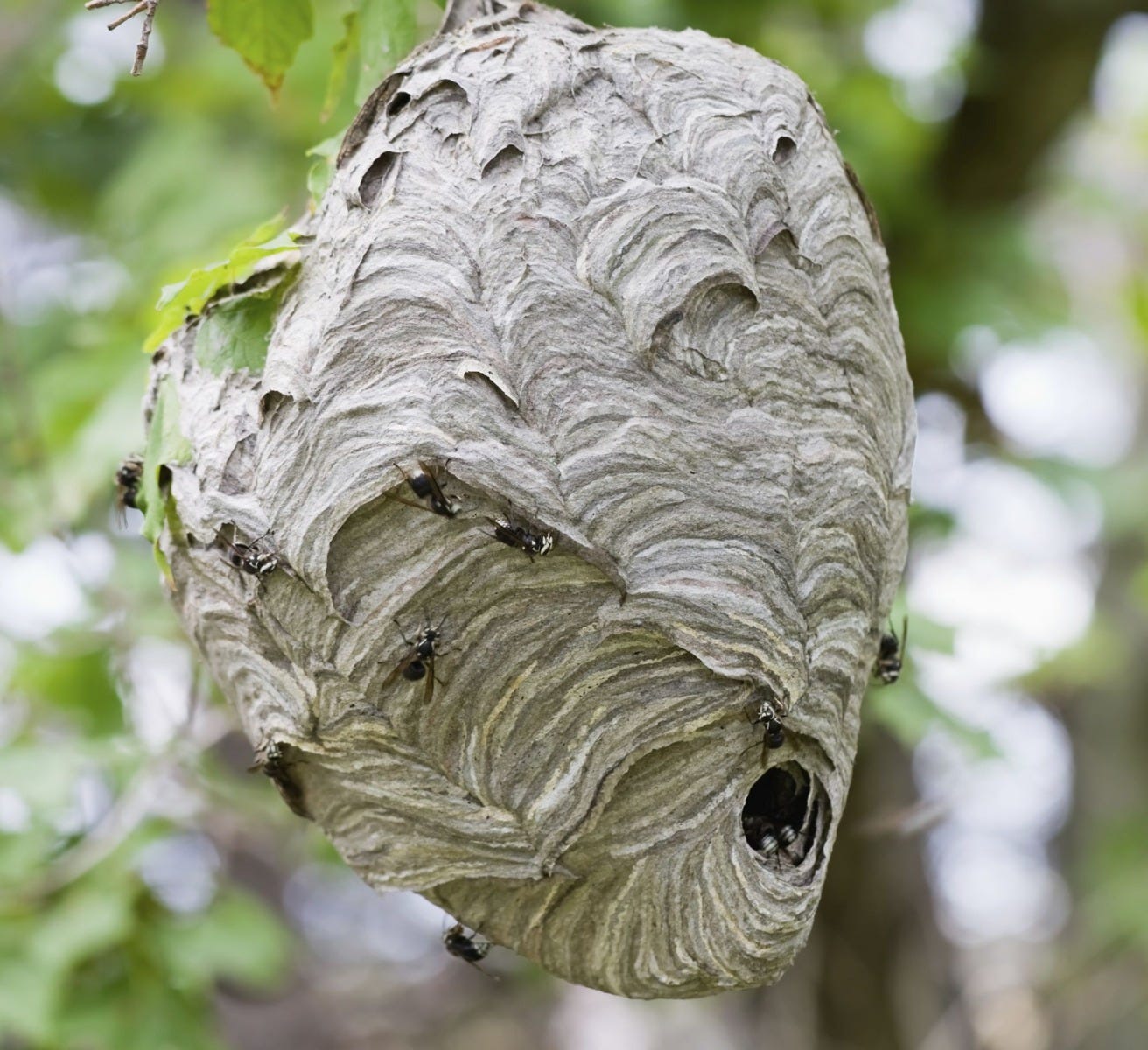 The bald-faced hornet is widespread throughout the contiguous United States, Alaska and Canada. It is most common in the southeastern United States.

In the spring, the queen begins to build a nest out of collected paper scraps. She deposits eggs into small chambers within the comb. When the larvae hatch, the queen feeds them shredded insects until they enter pupation, or a resting stage. Larvae emerge as adult female workers, responsible for foraging, feeding the young larvae and building the nest.

The queen lays eggs for a second generation in the summer, which will develop into male and female bald-faced hornets, in some cases amounting to colonies as large as 400 hornets. The process starts over again the following spring as females start their own nests.

Wondering how to control bald-faced hornets? Start looking out for them in the spring. That’s the time of year when they emerge from hollow trees, rock piles and indoor hideouts and begin to collect building materials. If you catch them early, hornet nests can be much less of a nuisance to take care of. 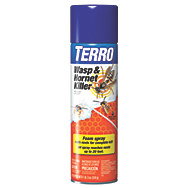 TERRO® Wasp & Hornet Killer is an effective tool for killing bald-faced hornets. The powerful jet spray coats and seals the nest, trapping wasps inside and killing on contact other wasps who return and land on the foam-coated nest.

When spraying a nest with TERRO® Wasp & Hornet Killer, be sure to stay out of harm’s way. Although the spray comes with a powerful jet spray that reaches up to 20 feet away, when treating nests, it’s best to spray at sunrise or dusk when these pests are least active.

Here are some tips on where to use TERRO® Wasp & Hornet Killer Aerosol Spray, both indoors and outdoors: