Hobo spiders, commonly referred to as aggressive house spiders, are actually not aggressive. Unless provoked, hobo spiders would rather flee than fight. Hobo spiders do not hunt people down and attack them, as some people have come to believe. The quick movements of the hobo spider and the fact that they sometimes run toward individuals when disturbed have fueled such myths. The truth is, hobo spiders have very poor vision and can’t see objects more than a couple feet away. When they sense a potential threat, they run…unfortunately sometimes directly toward a person that they can't even see.

Brownish in color, hobo spiders are often confused with other brown spiders, including the brown recluse, because they have very few distinct features. Only an arachnologist, or other specifically trained person, should attempt to make a positive identification of this species. That being said, some identifying characteristics include: 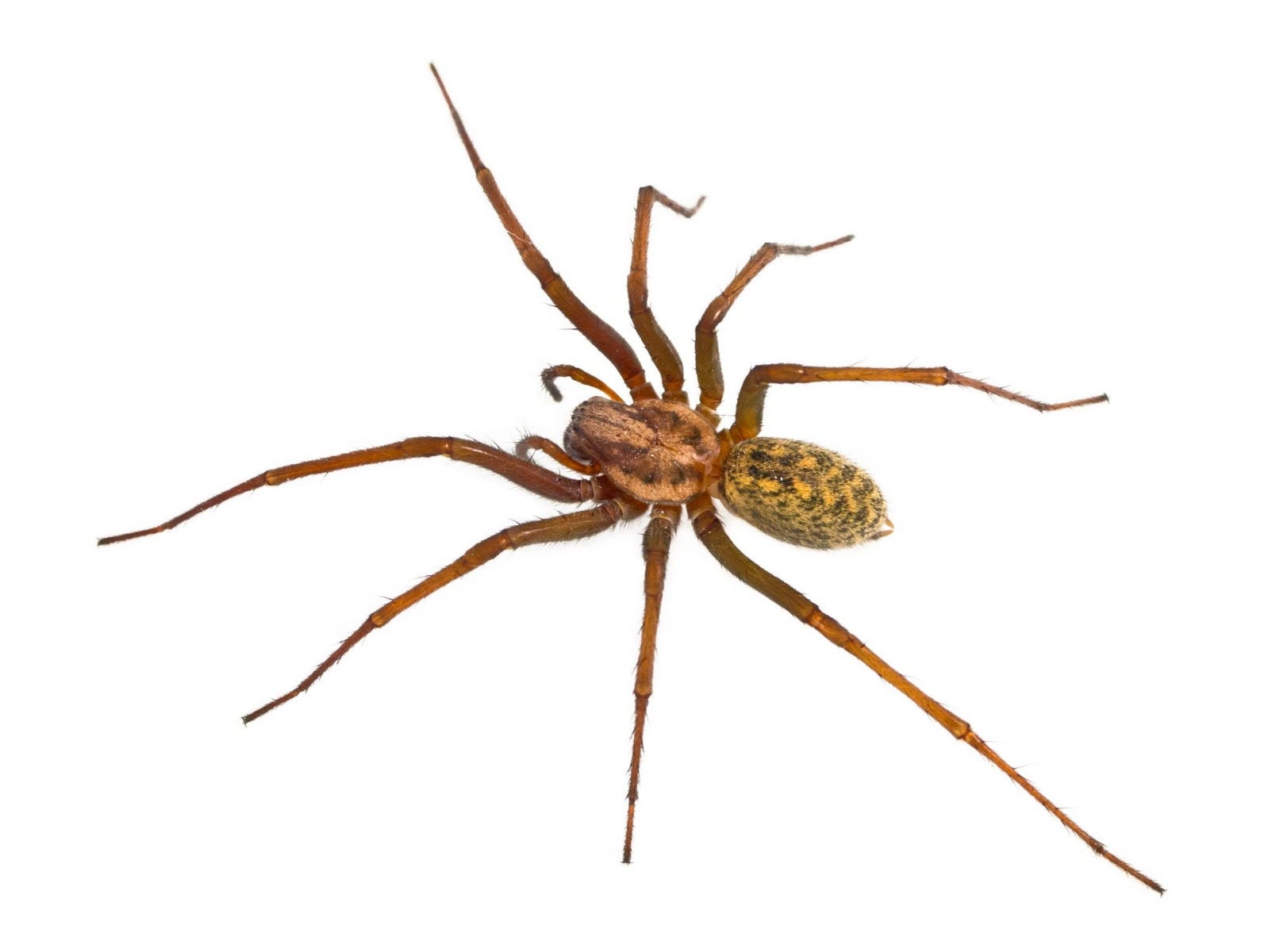 Hobo spiders are funnel web weavers, the web having a funnel-like den at the rear, in which the spider hides and waits for prey. Unlike most spider webs, hobo spider webs aren’t sticky; the prey becomes tangled in the web, allowing the spider to attack it before it has time to escape.

Hobo spiders are commonly found in dark areas such as flower beds, around the foundations of houses, and beneath rocks, woodpiles and areas where it can weave a funnel web. Indoors, they can be found in basements and in dark recesses, such as corners. Hobos are nocturnal, so generally they are discovered when the lights are turned on and the spider darts for cover.

Hobo spiders are poor climbers and are usually found at ground level. They sometimes climb up to a level of about four feet if the surface is sufficiently porous. If a hobo spider is discovered in a sink or bathtub, it arrived there by falling down the slick porcelain surface; it did not come up through the drain. 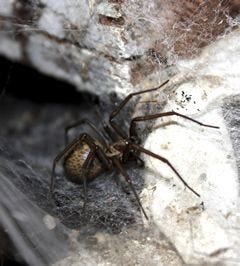 Hobo spiders primarily exist in the Pacific Northwest, but their reach is expanding. Originally centered in Washington, Oregon, Idaho, and large parts of Montana, Wyoming and Canada, the hobo spider has moved eastward into Utah and Colorado, as well as some southern states.

To satisfy their hunger, hobo spiders attack their prey. They lie in wait at the rear of their funnel-shaped web, waiting for insects to unwittingly stumble into their trap. Their webs, constructed of overlying strands of silk, cause prey to become entangled. Once the prey is trapped, the spider quickly leaves its lair at the back of the tunnel and goes for the attack.

Hobo spiders are not aggressive, however, they will bite when threatened or pressed against skin. The poison released by a hobo spider bite is not strong enough to cause life-threatening complications. A hobo spider bite, however, can cause pain and other unpleasant symptoms, including severe headache, extreme nausea, weakness, fatigue, temporary memory loss and vision impairment. People who believe that they have been bitten by a hobo spider should seek medical attention immediately.

When a person is bit by a hobo spider, a large area of redness immediately forms around the bite. This usually fades within several hours, leaving a mark similar to a mosquito bite. Within 24 to 48 hours, the bite develops into a blister and breaks open, leaving an open, oozing ulceration. If left uncovered, a scab begins to form, giving the lesion a ‘target and bulls-eye’ appearance. Following this, the scab is sloughed and the lesion generally heals, leaving a scar, within 45 days of the original bite. In some cases, particularly when the bite is delivered in an area of fatty tissue, lesions may become deep and extensive, and may not heal for two to three years. 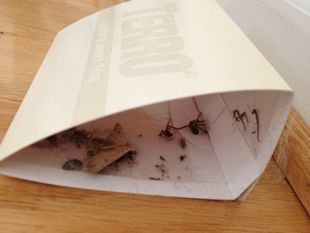 Sticky spider traps are a great way to easily catch and trap hobo spiders. Simply place traps around a room’s perimeter, against baseboards, in corners, behind doors and underneath furniture…anywhere spiders like to prowl.

TERRO® Spider Killer Spray is an easy-to-use contact killer that is highly effective against hobo spiders and other arachnids. The active ingredients combine to kill spiders instantly and create a long-lasting barrier to keep killing for weeks.