Are stink bugs invading your home? Do you need to know how to control relentless stink bugs? TERRO® Stink Bug Killer can help get rid of stink bugs and keep them away. 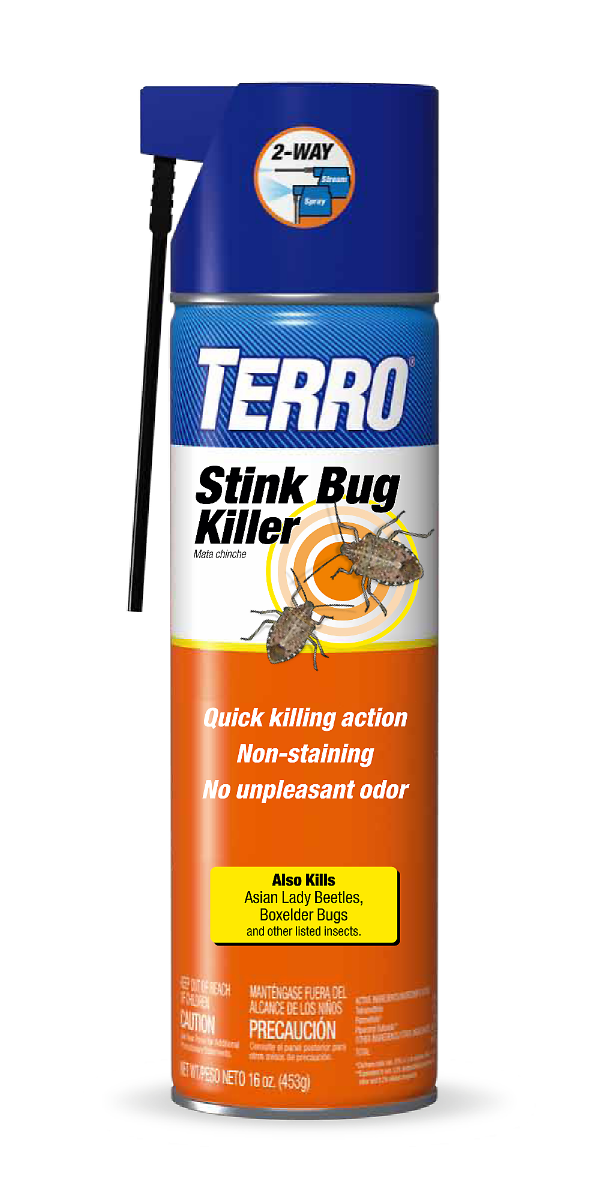 How to Control Stink Bugs

If stink bugs are invading your home, get rid of them easily with our stink bug killer sprays. Available as a ready-to-use spray and an aerosol spray, both TERRO® products quickly kill smelly stink bugs on contact. Non-staining, odorless and made for use both indoors and outdoors, TERRO® stink bug killers are also effective against other unwanted pests, including boxelder bugs, Asian lady beetles, ants and crickets. TERRO® Stink Bug Killer Aerosol Spray can be used to treat cracks and crevices in and around homes using the directional stream on the two-way spray nozzle, included on the can. Apply to areas where stink bugs crawl and hide, especially around sinks and storage areas; behind baseboards; around doors and windows; and behind and under refrigerators, cabinets and stoves.

Before an indoor stink bug invasion gets out of control, it’s a good idea to set up an outdoor barrier with TERRO® Ready-to-Use Stink Bug Killer Spray. This product not only kills on contact, but it is also formulated to continue repelling stink bugs up to four months.