Have ant problems? Learn all about ants, including the may different species of ants you may find in your home and the way they operate as a colony, as well as your options to fight them. Get ant habitat information. 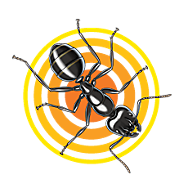 There are more than 10,000 known species of ants living throughout the world. Ants can be identified by the constriction between the abdomen and thorax that looks like a narrow waist. Their bodies are covered with a hard armor called the exoskeleton. Most ants are either red or black in color and length can be anywhere from 1/3" to 1/2". Like other insects, they have six legs; each with three joints. Ants have large heads with compound eyes, elbowed antennae, and powerful jaws.

There are three types of adult ants living in the colony: the queen, female ants, and male ants. Queen ants are the largest ants in the colony. They have wings and their purpose is to lay eggs. The queens can live up to 30 years. Depending on the ant species and the nest community size, there may be one or more queens in the colony. 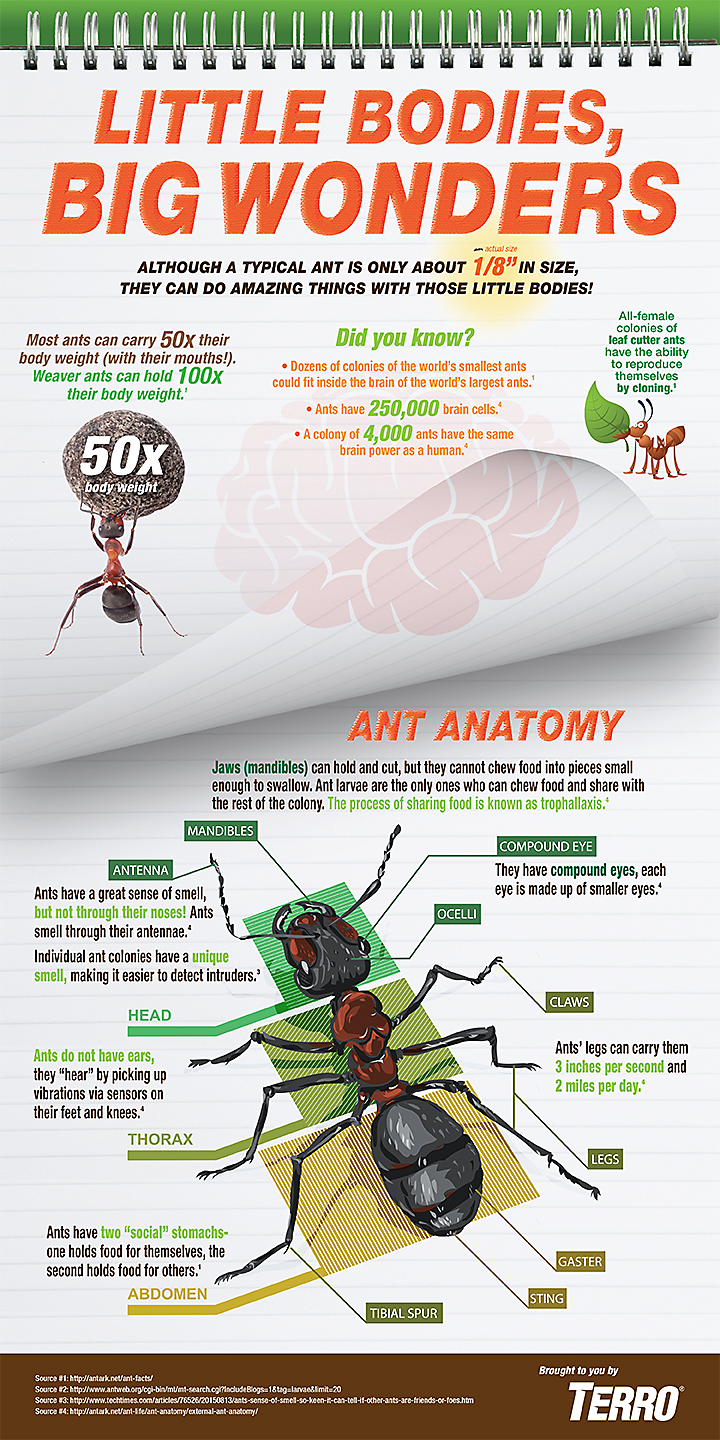 Female ants are smaller than the queen, wingless and sterile. Females result from fertilized eggs and can live up to three years. Known as workers or soldiers, female ants care for the eggs, tend to the larva, build and repair the nest, forage for food, and protect the colony.

Male ants develop from unfertilized eggs. Also called drones, male ants have wings and are fertile to mate with the queen. Male ants are much smaller than females and have longer antennae. The males only emerge from the colony for one day in order to mate. They usually die 10-14 days after mating.

The ant life cycle has four stages of development: egg, larva, pupa and adult. The queen lays the eggs, which will hatch into larvae in a couple of days. The helpless larva are fed and groomed by the worker ants until they pass through the pupal stage. In a little more than a week, an adult ant will emerge and the metamorphosis is complete.

Ants are social insects that live in structured nest communities throughout the world. The species determines their ant habitat – whether they live underground, in mounds built at ground level, in wood structures or in plants or trees. Soil and plant matter are typically used to construct the nests.

In colder regions, ants will become inactive during the winter months. In warmer temperatures and climates, ants continue to be active.

Ants are some of the most fascinating creatures that roam the earth. Some of the more interesting ant facts include:

Check out our BrilliANT Facts About Ants infographic for more amazing facts!

Eliminate All Types of Ants with TERRO® Ant Control Solutions

These ant facts clearly indicate that these little buggers can be formidable adversaries. Use TERRO® ant control products to prevent all types of ants from overtaking your home!

CONTROL
COMMON SPECIES
HOW TO GET RID OF ANTS