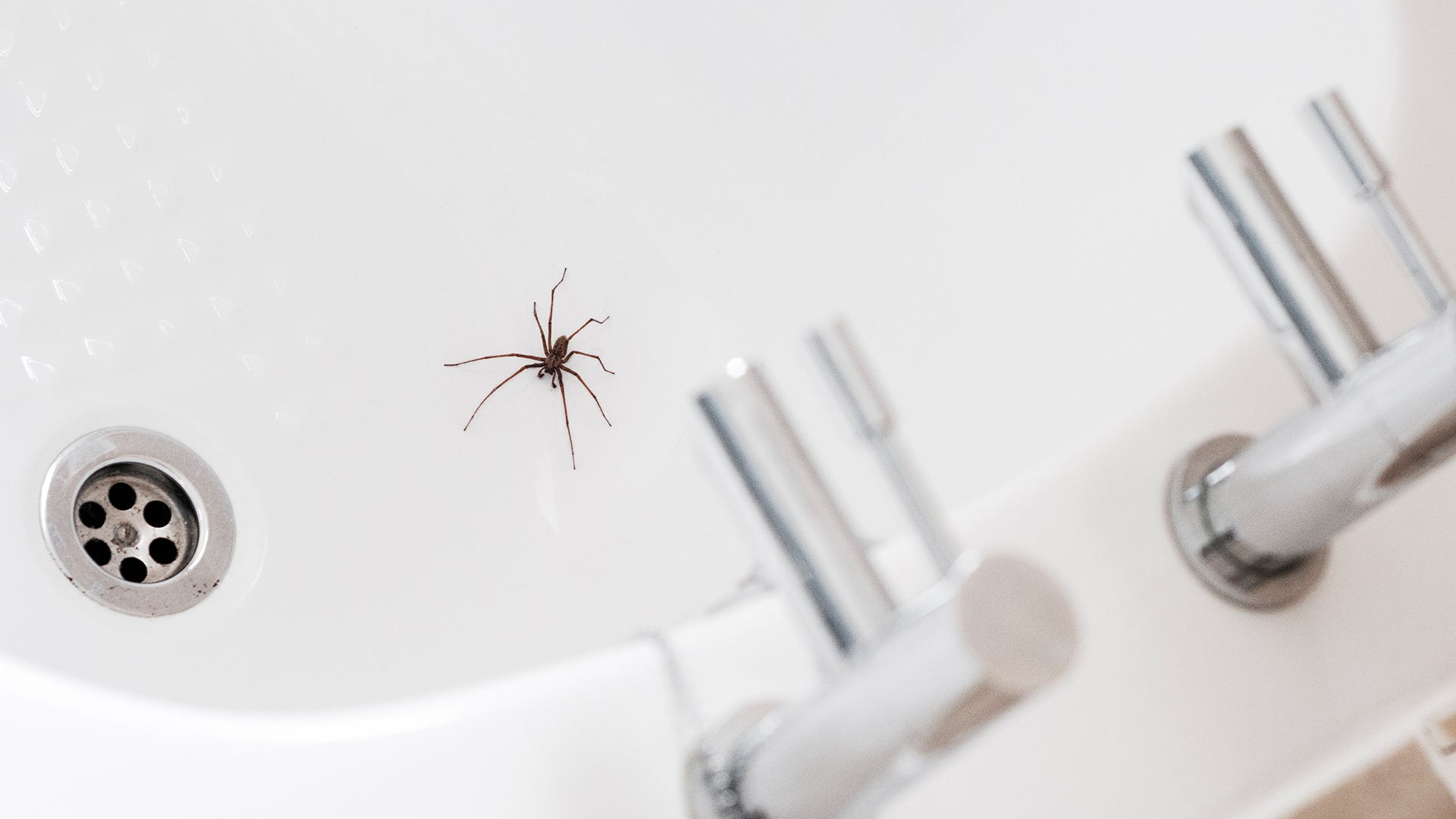 Spiders are perhaps one of the most misunderstood and misjudged creatures – especially common house spiders. Despite their big, scary reputations, spiders have a lot of interesting and beneficial characteristics that contribute to the ecosystem and pest control. With so much talk about house spiders, it’s hard to distinguish what’s true and what isn’t. At TERRO®, we’re going to explore the common myths about these spiders and determine if they are true or not.

False: Many people think that all spiders can spin silky webs. That isn’t true. Some spider species spin these traps to catch prey, while others use different strategies for catching food and prey. For example, the Wolf Spider catches its food by hunting while Jumping Spiders hop and capture their prey.

There are also different sorts of webs based on the type of spider spinning it. Orb webs are circular-type nets that form a series of spirals. These are commonly found in corners of rooms or ceilings and are the most well-known and easily identified. Funnel webs are formed by spiders burrowing in the ground and aren’t sticky like other webs. This allows the spider to move around quickly and stalk prey. Finally, cobwebs and mesh webs are less structured webs that can be commonly found in smaller areas and under debris.

Myth #2 – All Spiders are Dangerous

False: House spiders have a big reputation, but little to back up their dangerous stereotype. House spiders rarely bite – they’d rather hide away than attack. They have no incentive to bite anything they can’t eat unless it’s a matter of survival, as they don’t suck blood. When it comes down to a spider versus something bigger, like a human or animal, it’s the spider that suffers the most. On the rare occasions that they do bite, most species’ venom causes mild and short-lived effects. Despite their appearance, spiders can be helpful and harmless. Spiders are actually very beneficial to the environment. They are predators that feed mainly on pesky insects, eliminating them, and controlling the insect population.

While most spiders are harmless, some are dangerous and give you a reason to fear them, like the Black Widow, Brown Recluse, and Hobo Spider. These spiders can bite humans, causing dangerous side effects with their venom. Black Widows can sometimes be found in the northeast area of the United States; however, they are most often found in southern states ranging from Florida to Texas. This spider tends to be more aggressive than other species.

The Brown Recluse spider is commonly found from Nebraska to Ohio, and from Texas to Alabama or Georgia. This spider has extremely toxic venom. The Brown Recluse likes to hide in dark places such as attics, piles of wood, and other areas.

The Hobo Spider is found in the Pacific Northwest of the United States. You can easily identify their nests by recognizing a funnel web. This spider is aggressive, but usually avoids humans. Often, they will only bite when feeling threatened.

These potentially deadly spiders are regional, and each of their bites could be potentially fatal. It’s important to be cautious of your surroundings if you live in a region where they are common. Spider traps, like TERRO® Hobo Spider Traps, target these dangerous species. In addition to that trap, the TERRO® Spider & Insect Traps kills all of the “Big 3” spiders.

Despite these three spiders that can pose dangers, most spiders that you’ll encounter are harmless creatures that are beneficial in controlling insect pests.

Myth #3 – Setting House Spiders Outdoors is Better Than Killing Them

Although most people don’t want to come face to face with a spider in their home, rather than killing the spider, some might want to save them. One of the common strategies that people partake in is trapping the spider with a cup, and then placing them outside. However, doing this might not save them at all. Rather, if the arachnid is a true house spider, then the chances that it will survive is low.

Some house spider species can survive outdoors, but it’s very unlikely. Most house spiders haven’t even stepped outside once in their lifespan. House spiders often require a certain climate to survive, and when placed outside that climate, they will die quickly. Few spiders can adapt to the outdoor life, and if they do, they can become prey for a whole new variety of skilled hunters.

Myth #4 – All Spiders Inside Are “House Spiders”

House spiders are species characterized by colonizing buildings via egg sacs attached to furniture or other places that provide shelter and protection. These spiders require a specific temperature to survive – which is why they don’t go outside once they’ve established a habitat. Because house spiders are commonly found indoors, it’s easy to assume that most of the spiders that you see in your home are a part of those species. However, that isn’t necessarily true. Despite the house spider being found worldwide and commonly seen, not every spider falls under this category.

The American house spider, Wolf spider, black widow spider, and brown recluse spider are among the house spider species that often depend on indoor shelter. Daddy longlegs, hobo spiders, jumping spiders, grass spiders, and other species are outdoor spiders that can make their way inside looking for food, shelter, or other needs.

Myth #5 – We Swallow Spiders in Our Sleep

This urban legend has been a rumor for a few decades now. However, it’s rare that a person would ever swallow one live spider while sleeping. Indoor spiders often spend their time staying away from areas of human activity – either on their webs or lurking in dark corners waiting for prey to come along. Spider behavior is led by survival, therefore by their next meal. This means it would be very unusual for a spider to get close enough to you when you’re sleeping to swallow one.

Spiders will leave typically leave you alone – that also means they won’t bite you in your sleep. Spiders can tell the difference between a person and something they want to eat. Plus, movements, noise and other disruptions throughout the night will typically keep spiders away from you. 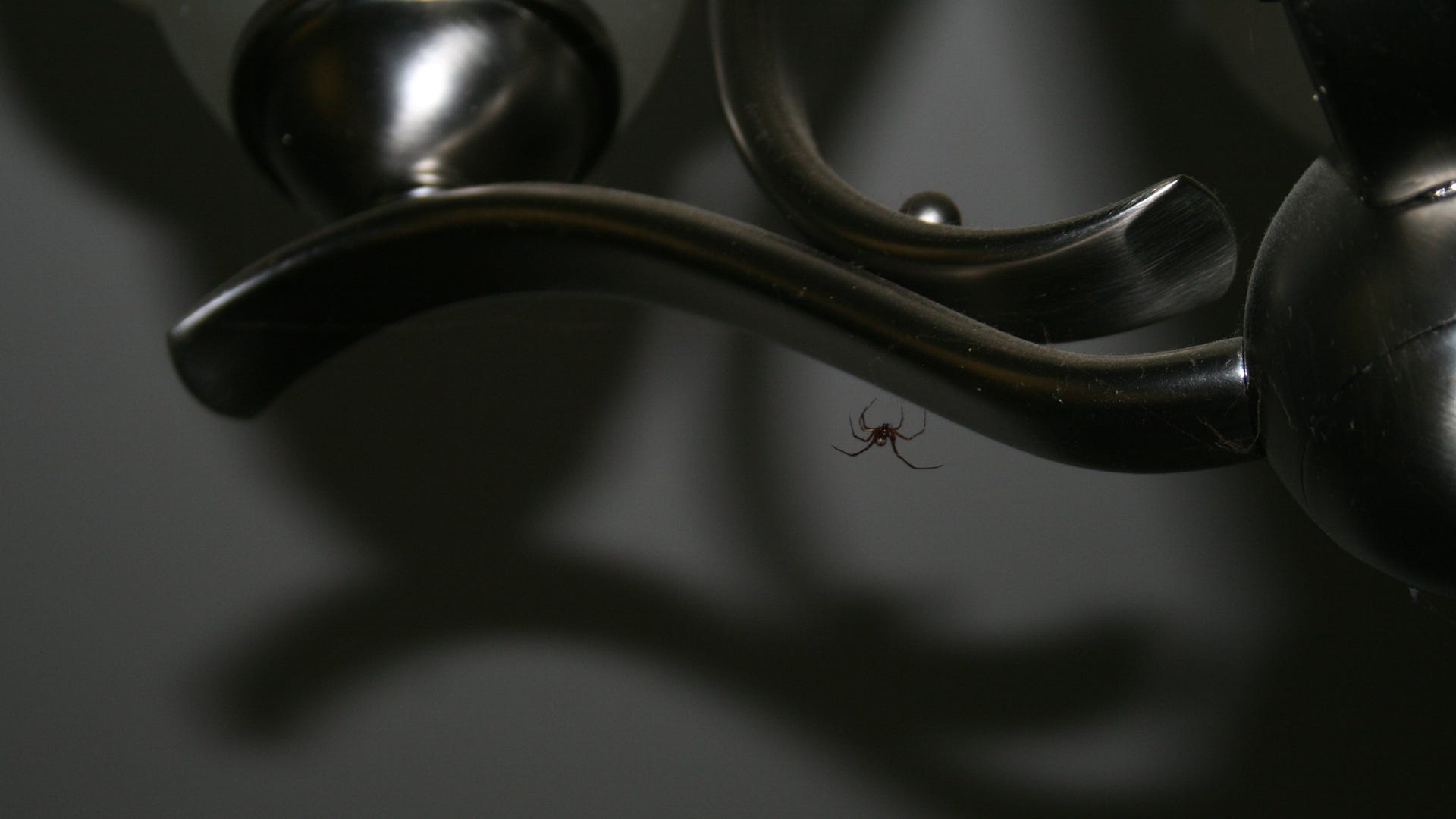 Because so many people dislike the idea of spiders in their homes, it’s easy to believe the rumors, but don’t be fooled. At TERRO®, we get that you might not want these creepy crawling visitors hanging on your walls or under your furniture. By using our line of products that include Spider & Insect Traps Plus Lure, Sprays, and other products, we make sure that your home has the defense that you need to get rid of your spider problems quickly and efficiently – without you having to get too involved. Tell us how you get rid of spiders in your home on you next visit to our Facebook Page, and stay up to date on keeping your home spider-free by subscribing to our e-newsletter!