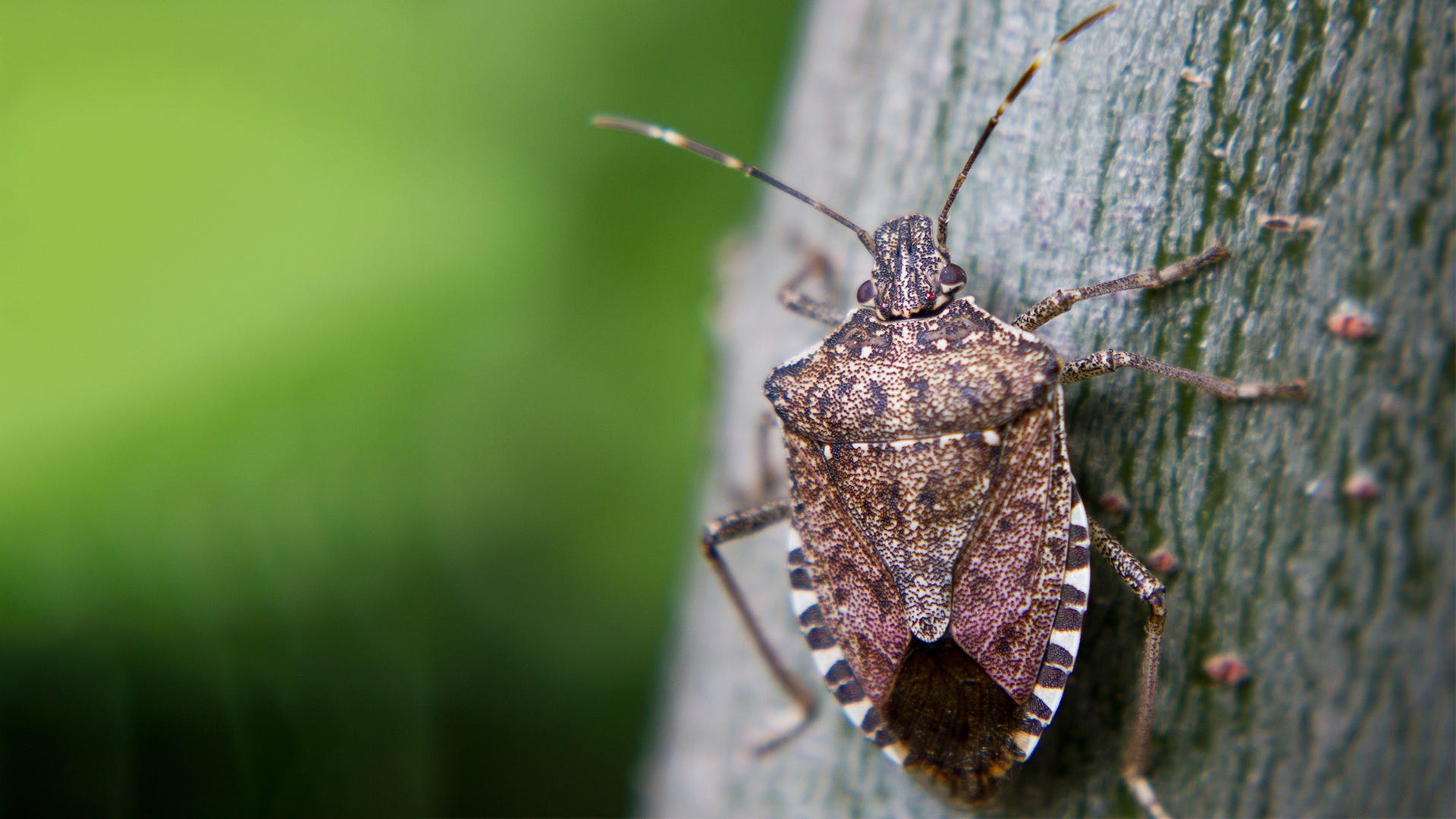 It’s that time of year again, folks! Fall is in full swing and stink bugs, regrettably, have reemerged in our homes. You’ve no doubt spotted these creepy-crawlies in various locations around your own house – clinging to your window screens and climbing up your walls and out of vents. Despite seeing them so often, you may not know much about this nuisance species. If that’s the case, we’ve gathered 7 stink bug facts to enlighten you - as they say, know your enemy!

Brown marmorated stink bugs, the variety most commonly invading U.S. homes, is actually native to Asia and was introduced accidentally. The painstaking fight to rid these pests from your home may feel like a lifelong battle; however, the nuisance species wasn’t spotted in the U.S. until 1998 in Allentown, Pennsylvania. Since then, stink bug populations have exploded, and can now be found in almost every state and several provinces in Canada.

These stink bugs don’t have the ability to bite people, nor do they sting. They have a needle-like mouth they use to pierce the skin of fruit, plants, and some other insects and suck out the juices. This needle is tucked between their legs when not in use.  Although they cannot bite, you may still experience red, irritated skin if you are scratched by their exoskeletons' sharp edges.

While stink bug eggs and nymphs may be vulnerable to parasitic wasps, adult stink bugs have very few predators to worry about. Some birds, insects and reptiles are known to eat stink bugs, but they do not consume them in great enough numbers to decrease stink bug populations. In addition, the odor produced by stink bugs also has a bad taste, which leads to them being spit out by many of the fish and other animals that otherwise prey on insects. Inside your home, stink bug traps and TERRO® stink bug control products are a great way to take care of an invasion without having to squash them.

The one thing probably everyone who has encountered a stink bug can agree on is that they…well, stink. Stink bugs emit this foul odor whenever they feel threatened or when crushed. This method of defense proves to be a very successful tactic against any potential predators. Some people have compared the scent to that of cilantro or skunks. In addition to their distinctive stench, stink bugs are also able to produce a different chemical odor. This pheromone is released when a stink bug finds a safe place to hibernate for the winter. The scent, which is undetectable to homeowners, acts as a signal to other stink bugs to join them in the winter hiding spot.

5. Stink Bugs Are Most Prominent in Your Home During Fall

Fall is usually the time most homeowners notice larger numbers of stink bugs indoors. This is because stink bugs are not able to tolerate the cold weather of winter. As October rolls on, hordes of stink bugs make their way inside via windows, doors, chimneys and other cracks and crevices. Once they send out the invitation for other stink bugs to join them, you could ultimately have hundreds of stink bugs hibernating in your home through winter.

6. Stink Bugs Are Not Breeding Inside Your Home

To offer perhaps some sort of relief, you don’t need to worry about stink bugs laying eggs in their overwinter location (aka your home). When the cold weather sets in, stink bugs enter a hibernation state called diapause. During this time, they do not reproduce, nor do they feed. They are actually incapable of reproducing until the spring brings warmer weather.

You may have noticed that some years stink bugs are all over your home, as well as the news, while other years not so much. The same goes for various locations around the country. While your home may have thousands of stink bugs, homes a few states away may experience a lot fewer. The climate during any given year can affect the number of stink bugs that survive and reproduce, causing a slight reduction the following year.

Have you been fighting an invasion of these pests this year? We would love to see your pictures! Visit our Facebook page to share them, or ask us any additional questions you may have! For more great articles like this one, as well as exclusive deals on TERRO® products, subscribe to our eNewsletter.