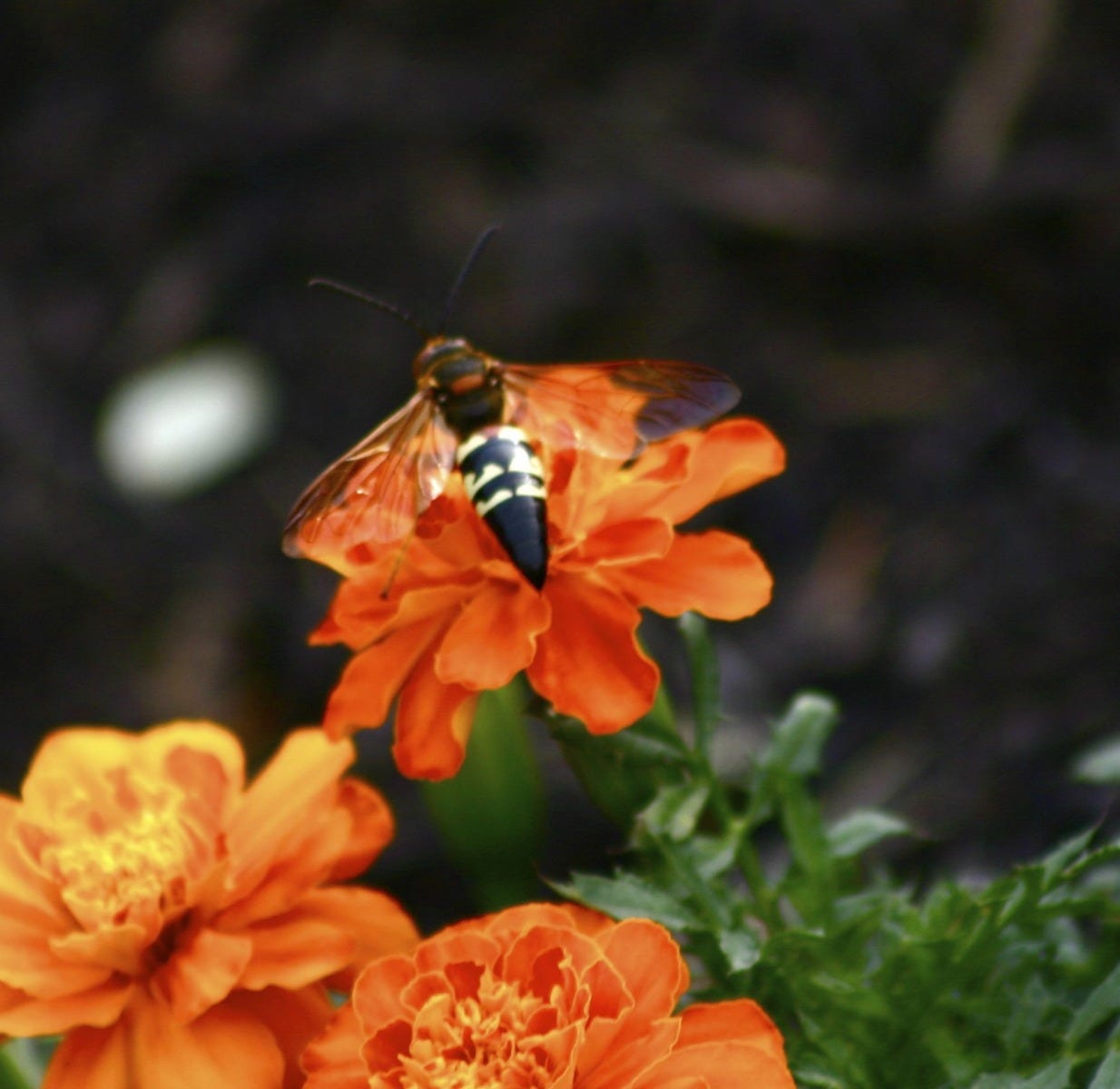 The ground digger wasp (also known as the cicada Killer wasp) is a large, buzzing, hovering insect with no problem invading your personal space. They may be non-aggressors beloved by gardeners for permeating soil and pollenating flowers, but don’t let their gentle reputation fool you. Female ground digger wasps will use their needle-like stingers when provoked. Ouch!

The ground digger is one of the largest wasp species. Due to their size, these passive-aggressive wasps look more threatening than they actually are. You’ll know the cicada killer by its rust-colored head and alternating yellow and black stripes on its abdomen – much like a yellow jacket. Its wings are nearly translucent with an orange hue. Measuring about two inches in length, this species is larger than a bumblebee and hefty enough to haul cicadas and other insects back to its nest.

Female ground digger wasps hunt for cicadas in trees harboring cicada populations. When they find a cicada, the wasps sting and paralyze their victims and carry them back to deposit in their nest. Most people won’t miss the extremely loud “music” cicadas can produce. Cicada populations can blast a collective buzz that tops off at nearly 90 decibels. That’s like standing next to a jackhammer without earplugs!

Ground digger wasps are widespread across North America, especially in areas east of the Rocky Mountains. 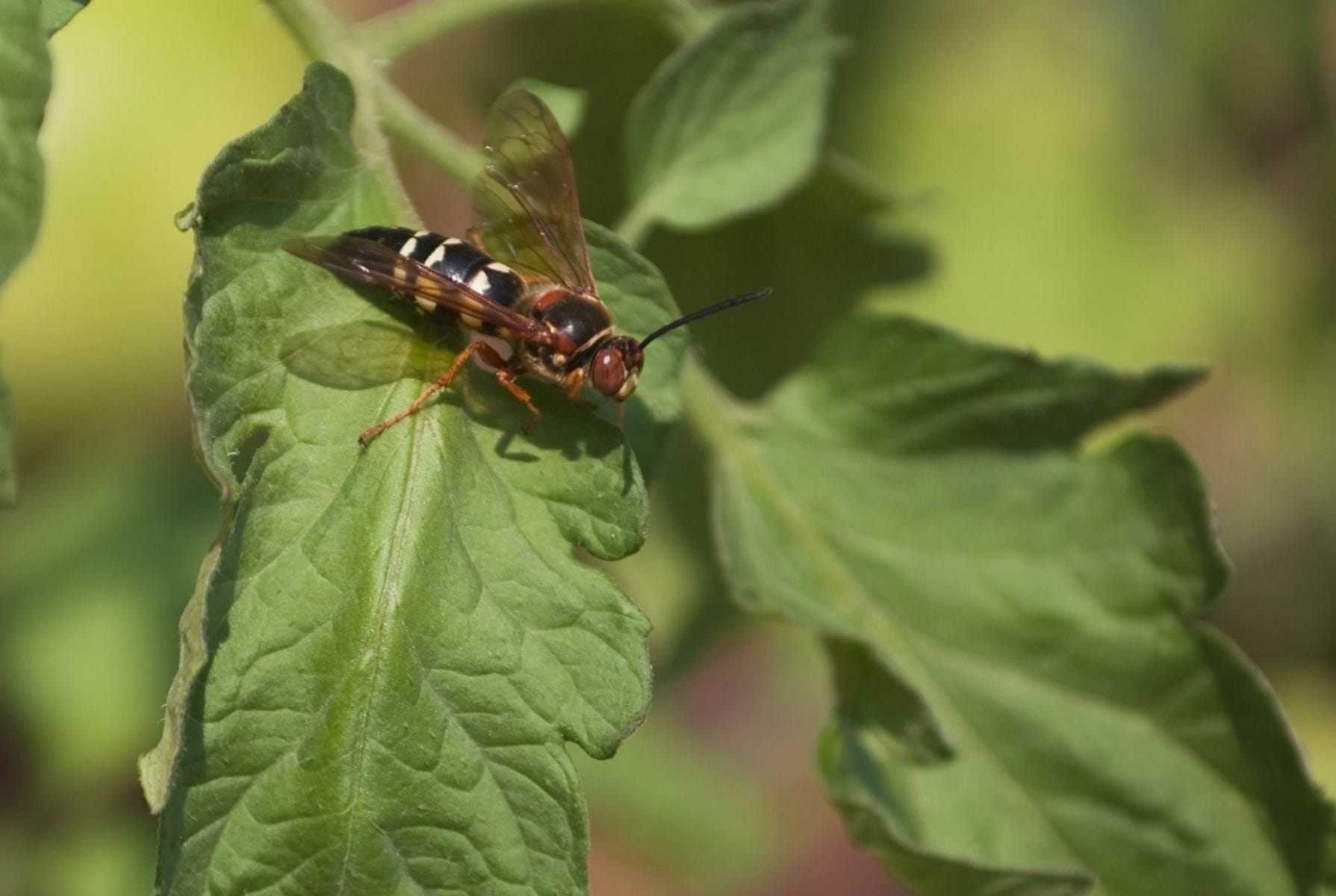 Ground digger wasps are independent insects that do not depend on colonies or shared nesting communities to take care of their young.

In the summer, female wasps get busy digging their nests, long vertical tunnels in the soil. On average, a female builds six or seven tunnels, which include horizontal offshoots, or cells, where her young will spend the winter burrowing. Although ground digger wasps are solitary insects, this seasonal excavation work is sometimes the joint effort of two female wasps. The tunnels’ openings measure about the size of a quarter and can extend almost two feet into the ground - no wonder it’s helpful to have a digging partner.

Once the tunnel is complete, the female will store a dead cicada in the nest and lay an egg on it. As the wasp larvae mature, they will feed on the dead cicada and emerge from the tunnel the following summer as mature wasps.

As for mom, her work is done. She covers up the tunnel entrance after her eggs are laid, and dies.

Adult digger wasps feed on flower nectar but also have the killing tactics of a predator. When preying on crickets and katydids, wasps will capture and paralyze their targets, haul them to their nests and distribute to their young. 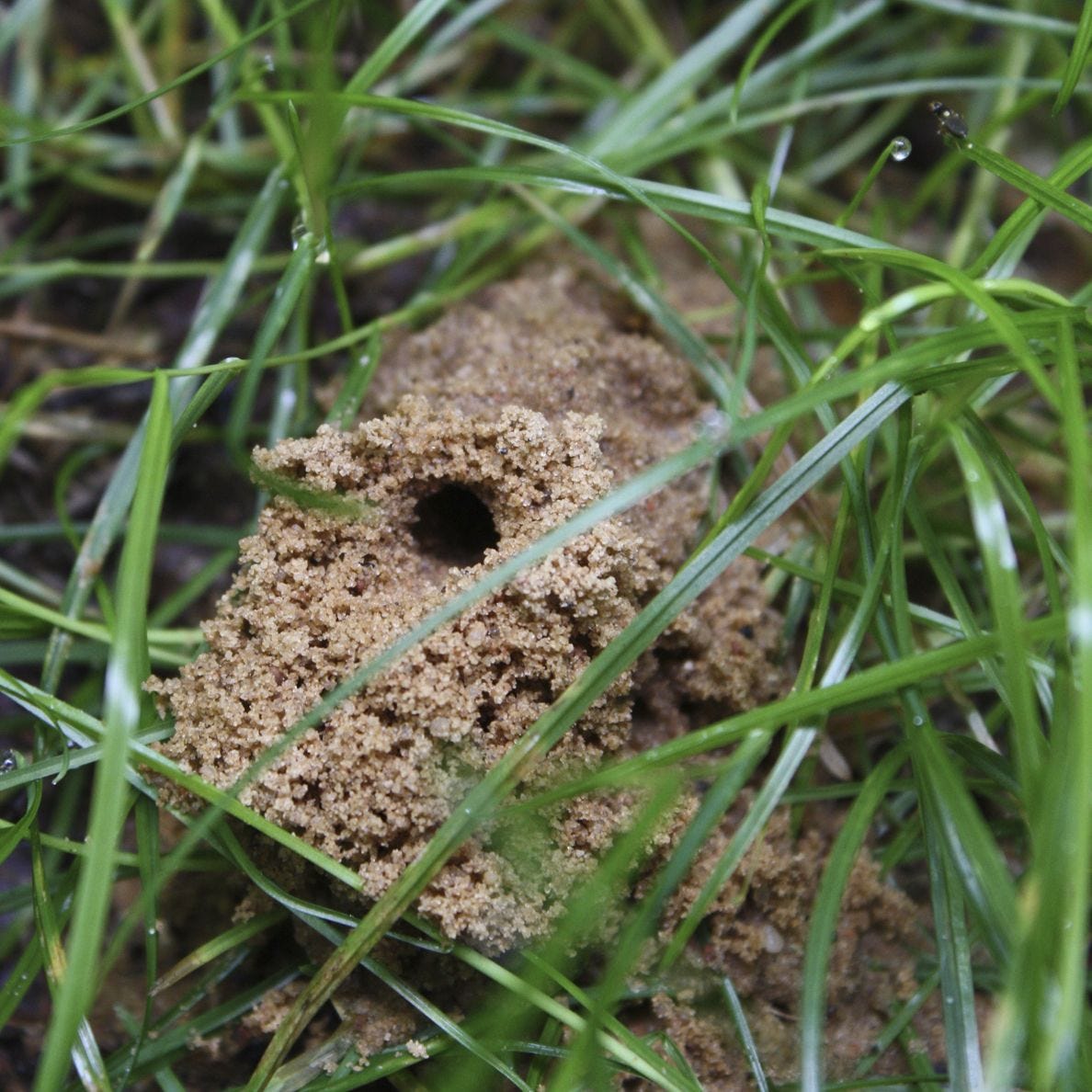 If you’ve got these winged pests swarming around your house, you’ve got one question on your mind: How to get rid of ground digger wasps? Here’s a quick and dirty method. (Wasps burrow in the dirt, after all!)

First step: find the den. Look for fist-sized mounds in the soil- these are entrances to the tunnel and can usually be found in soil without grass. It’s helpful to mark these tunnels with a stake or flag during the day. Elimination is most effective at night when wasps have returned to the nest to burrow. Head back to your flagged tunnels at night - with a flashlight, of course - or at sunrise.)

Now you’re ready to go to town with TERRO® Wasp & Hornet Killer. This entrapping foam is designed to kill wasps and hornets inside their nests. Simply aim the powerful jet spray at the nest opening until it’s soaked. To cover your bases, also spray a ring around the nest to kill any wasps outside the nest. In about 24 hours, your wasp problem will be nothing but history.