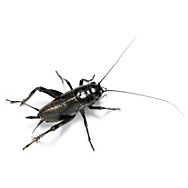 According to the scientific classification system, the field crickets are a subfamily of crickets that include dozens of individual cricket species. This group of crickets shares many common characteristics, despite being spread across the globe.

Most Americans are familiar with the fall field cricket (Gryllus pennsylvanicus), a black or dark brown cricket that lives in fields and forest edges throughout much of the United States, Canada and Mexico. 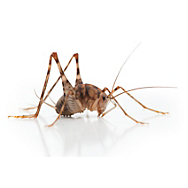 Originally from Asia, the greenhouse camel cricket (Diestrammena asynamora) was thought to only be a pest in greenhouses in North America. Recent studies, however, have revealed this insect is a common basement invader, where entire colonies can develop when there’s available food and moisture.

Greenhouse camel crickets don’t chirp or bite humans, but the presence of so many of these insects can be unsettling.