Crazy ants, tawny crazy ants, rasberry crazy ants, hairy crazy ants…call them what you will but one thing is certain. This relatively new species of ants is wildly invasive with dense populations of epic proportions.

Crazy ants earned their name because of their frantic and erratic movement. But what’s really crazy about these ants is their odd attraction to electrical equipment. It’s estimated that every year, crazy ants cause more than $146 million in electrical damage. These ants, when electrocuted, release a scent (pheromone), providing a signal to other ants to rush to the scene to find the ‘attacker.’ This leads to a domino effect; as more ants are electrocuted and more pheromones are released, more ants are attracted to the location. If enough dead ants pile up, it can short out an entire electrical system.

Crazy ants are identified as Nylanderia fulva with tawny crazy ant as the common name. They are also sometimes referred to by their former name of rasberry crazy ant, named after the exterminator, Tom Rasberry, who noticed their growing presence in Texas in 2002. Distinguishing characteristics are: 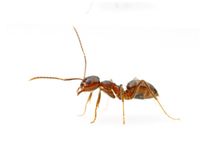 Black crazy ants are listed under the ant genus (Paratrechina longicornis) with the common name longhorn crazy ant. They look similar to tawny crazy ants, but have these distinguishing characteristics:

Crazy ants are highly adaptable, living in both moist and dry habitats. They do not build nests or mounds, but instead live in yard waste, tree cavities, plants, soil under trash or stones, and inside electrical equipment and buildings. Crazy ants cannot survive extremely cold climates and may infest houses and buildings when weather changes.

Individual crazy ant colonies tend to be small, but each one has an astonishing number of queens that are extremely prolific. It is not unusual to find upwards of 20 queens underneath a 12-inch diameter rock. Networks of colonies are formed, creating “super colonies,” that quickly up their numbers from a few thousand to hundreds of millions.

Crazy ants are mostly in the southern United States, especially along the Gulf Coast states of Texas, Louisiana, Mississippi, Alabama and Florida. However, crazy ant populations have been spotted as far north as New York and Massachusetts, and as far west as California and Hawaii. Tawny crazy ants are found mostly in Texas, while black crazy ants can be found in Florida.

Crazy ants are known to forage some distance from where they live. They crawl rapidly and randomly in search of food. Crazy ant workers are omnivorous, feeding on both dead and living insects, honeydew produced from insects, fruits, plant secretions, seeds and a variety of household food items such as sweets, meats, produce, grease and liquids. A crazy ant nest site can be found by looking for workers carrying food back to the nest. 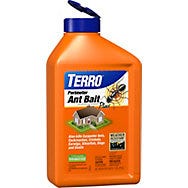 Crazy ants can be difficult to treat due to the sheer size of their interconnected colonies and the fact they dwell both indoors and outdoors. Even when crazy ants are contained in an area, others quickly arrive from untreated areas, making multiple treatments necessary. 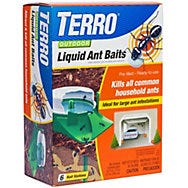 Control options include ant baits, dusts and perimeter granules and sprays. If you notice a great deal of ant activity near electrical outlets or electrical boxes, try placing baits in these areas. Be sure to monitor bait level, so there is always a fresh supply of bait available. Temporary relief can also come from using products with pyrethroid insecticides, but re-application is necessary every two to three months. In many cases, professional pest management is needed. 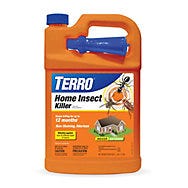 Good housekeeping practices and cleanliness to eliminate food sources is part of effective control. Caulking and weather-stripping around windows, doors, baseboards, foundations and other exterior openings for electrical, HVAC and plumbing will help prevent crazy ants from entering buildings.