The common silverfish is an insect pest that can damage household goods while feeding. It seeks out damp, dark places where it can consume proteins and carbohydrates – most notably book bindings and paper products held together with paste. It is a particularly bothersome pest for museums, libraries and other archival institutions.

Common silverfish look a lot like centipedes, but have far fewer legs (only six) and have a silvery sheen that may make them look white. Common silverfish move quickly on flat surfaces, often in an undulating, fishlike gait.

You can find the common silverfish in damp, dark places such as a kitchen, bathroom, basement, cellar, garage, shed or attic. They need high humidity to survive and generally avoid exposure to bright lights. They maintain a nocturnal activity cycle.

The common silverfish is a worldwide pest, and has been found in both North and South America, Africa, Australia, Europe, Asia and throughout the Pacific Islands region. 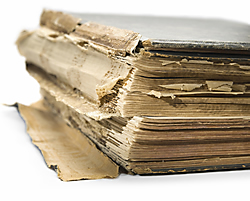 Common silverfish often feed for a long time before being discovered. They are often found eating the following items.

To keep common silverfish from entering your property, create a barrier against these pests with TERRO® Ant Dust. Treat the areas where these tiny insects can hide, including wall voids, cracks, crevices, water pipes and all areas where moisture is prevalent. TERRO® Ant Dust remains effective for up to eight months.

Individual silverfish can be targeted with TERRO® Spider Killer Spray, which kills these bugs on contact.