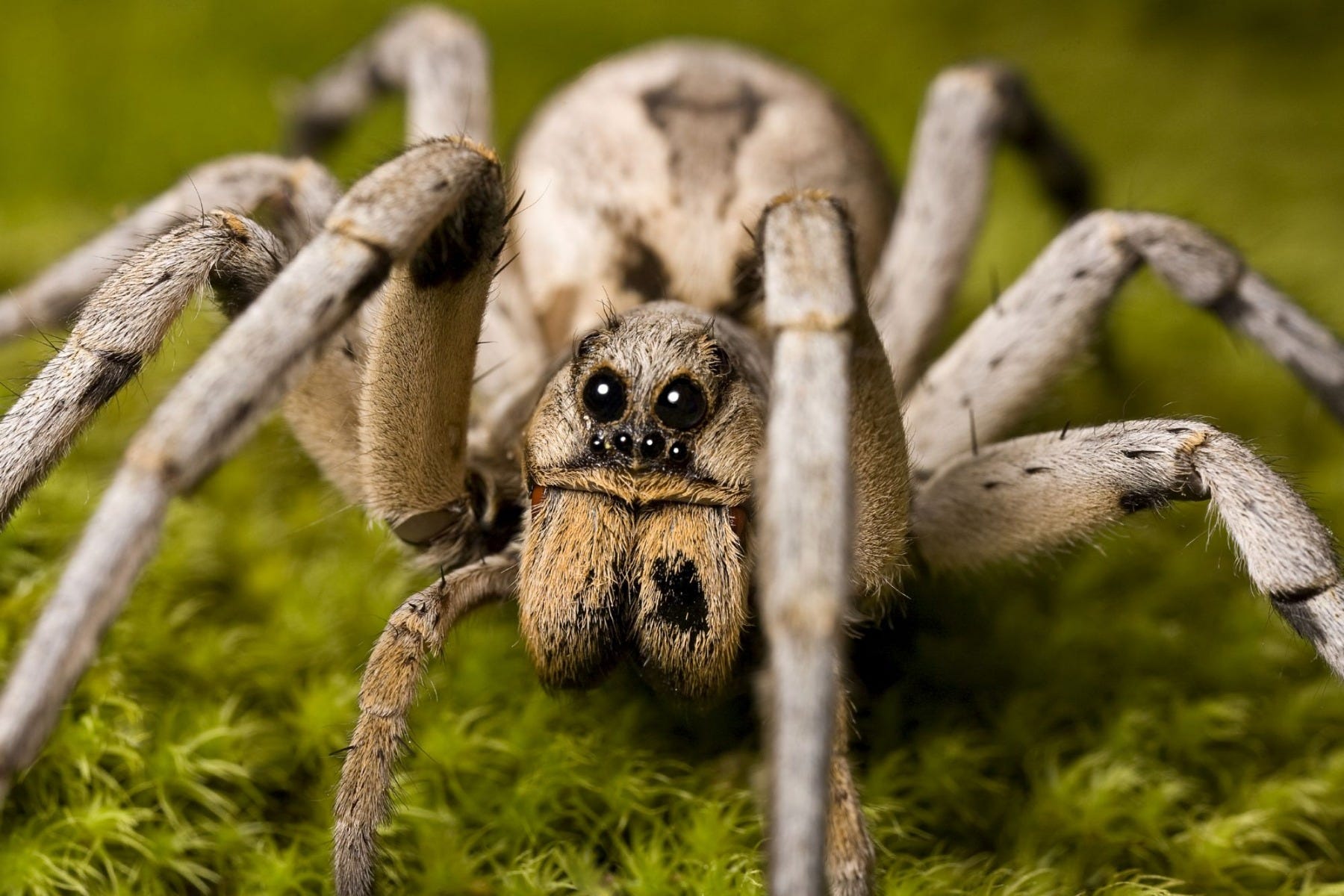 Relatively large in size and menacing in appearance, wolf spiders incite fear and loathing in many. Given their name because they stalk and hunt their prey like wolves do, wolf spiders are fast-moving ground hunters. They have excellent vision, though they cannot move their eyes like humans do; they have to change their body position to stalk their prey. 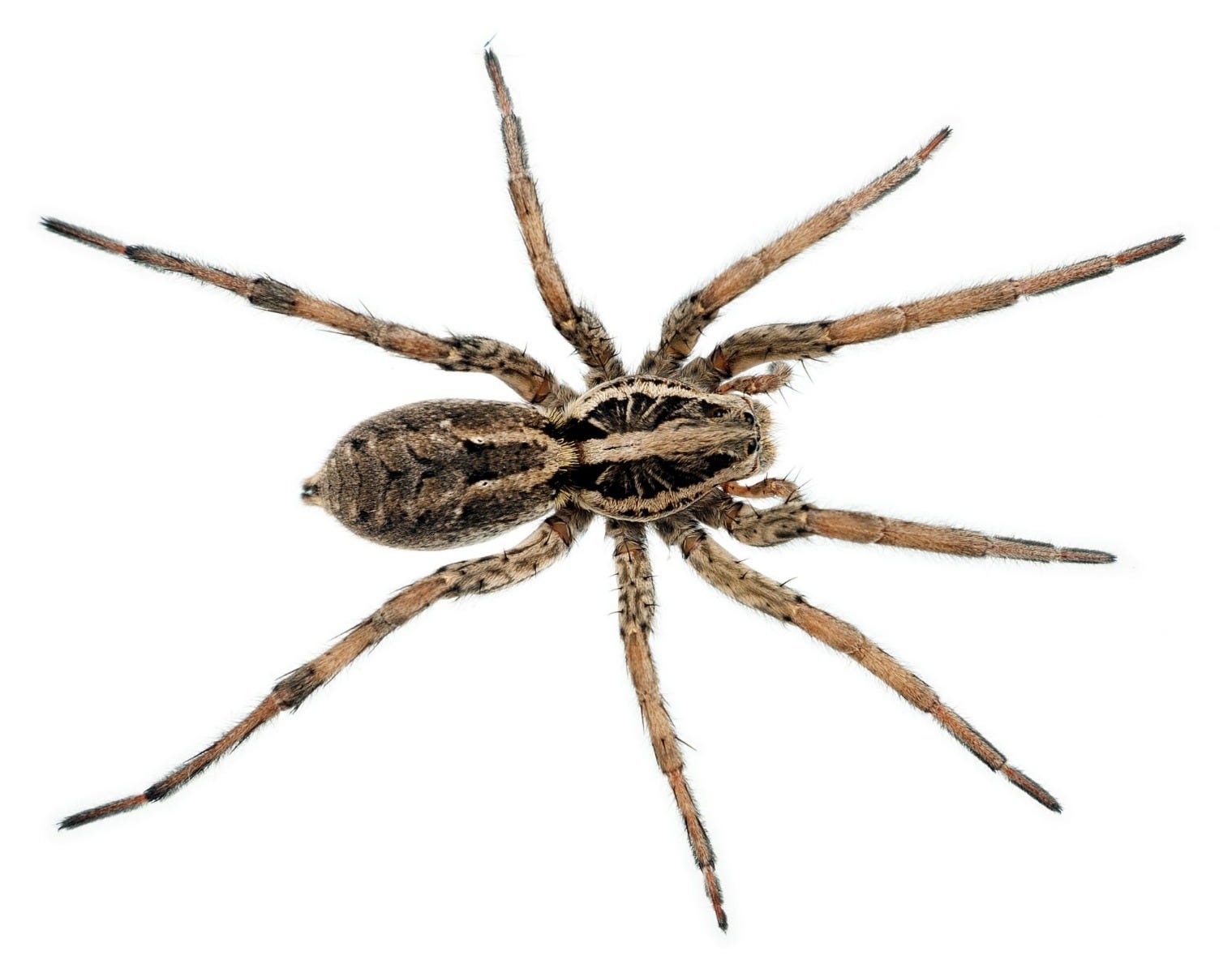 Large and hairy, wolf spiders are often mistaken for tarantulas. However, they can be distinguished by the following characteristics:

Wolf spiders are adaptable to various habitats and can be found virtually anywhere there are insects for them to eat. Nocturnal ground hunters (they do not spin webs to catch prey), wolf spiders can be found in open grasslands and fields, suburban backyards, wooded areas, wet coastal forests, and in vegetation along streams, lakes and marshes. Wolf spiders will sometimes burrow in the ground. In colder weather, they seek warmer habitats and sometimes enter homes, where they are found in windows, doors, garages and basements.

There are more than 3,000 species of wolf spiders and are found on every continent except Antarctica. They are widespread throughout the United States. 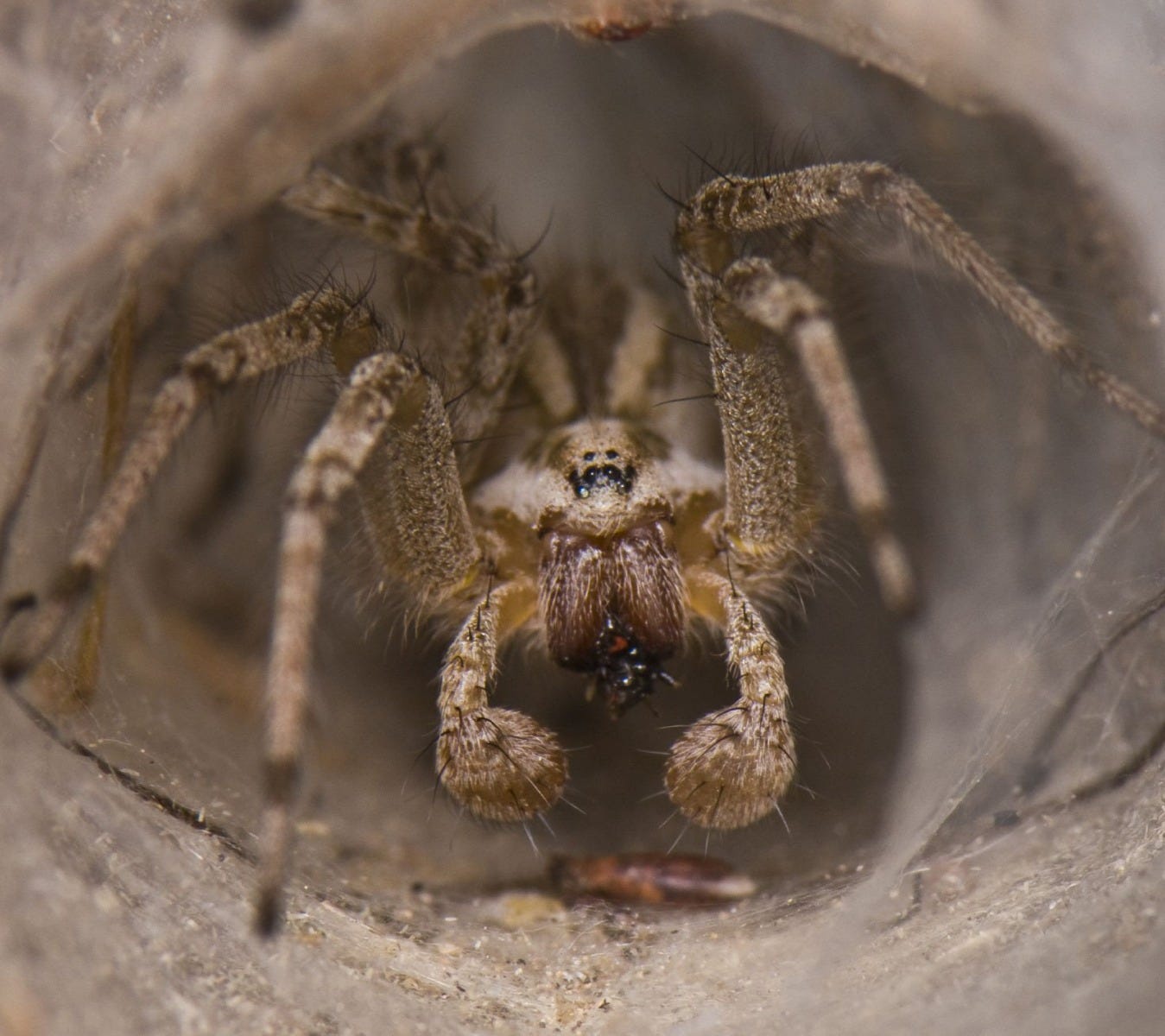 Wolf spiders, modeling the predatory behavior of their namesake, are known to hunt their prey. Fast runners with keen eyesight, wolf spiders locate their victims and pounce on them, biting with their powerful jaws. Wolf spiders primarily eat small insects, including crickets, grasshoppers, earwigs, ants and flies.

Although non-aggressive, a wolf spider will bite when threatened. Their bite is venomous but, fortunately, not lethal. A wolf spider’s bite symptoms commonly include swelling, mild pain and itching. Occasionally, a fever and swelling of lymph glands will develop. First aid and medical attention should be sought as soon as possible, particularly for children or the elderly.

Due to their large size and ominous appearance, wolf spiders are feared by many. But don’t despair; wolf spiders can effectively be controlled with a direct contact killer. Outdoors, choose TERRO® Spider Killer Spray with long-lasting residual control to create a barrier around the perimeter of your house. Indoors, apply it as a general surface, spot or crack and crevice treatment to all non-food areas where spiders crawl and hide. When you spot a spider, spray it directly for an immediate kill. 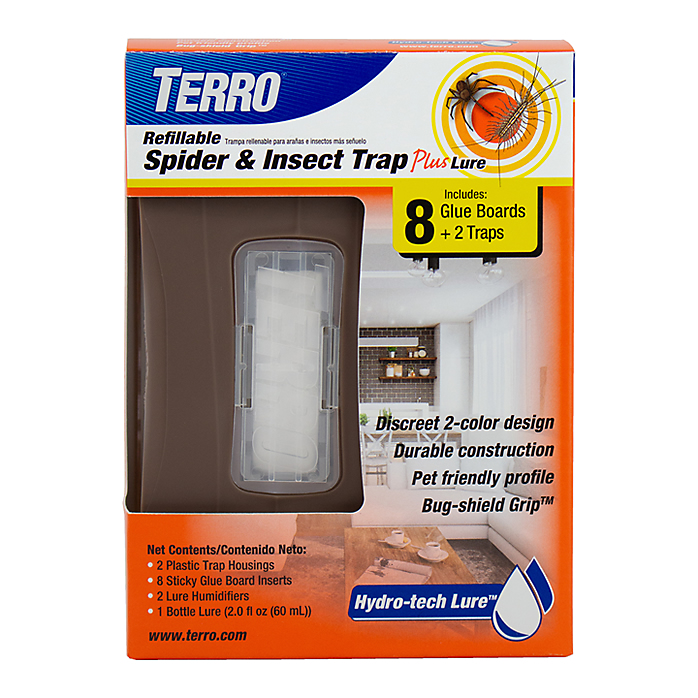 Spider glue traps, like our new TERRO® Refillable Spider & Insect Trap, are an easy and effective way to catch wolf spiders and anything else that happens to wander across them. Place the traps along floorboards and other places spiders like to roam.